Home Johnny Nic Why do we only see ex-players on football TV? 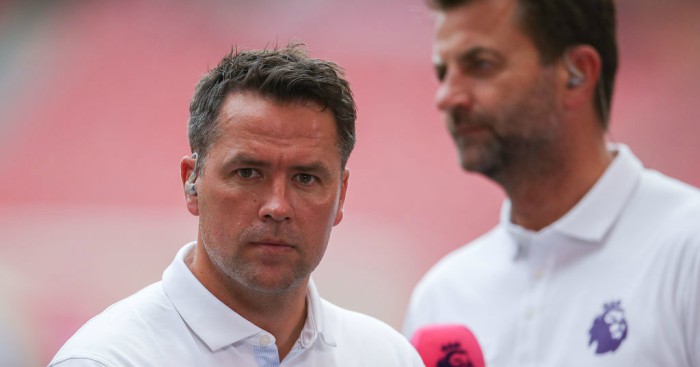 If you want a job in the football commentariat, the easiest way to get one is to have played or managed in the top flight. There is no pundit and no co-comm working today on TV who wasn’t once a professional footballer. All live football on television is discussed exclusively by ex-players or managers. Programmes like Match of the Day, Quest’s EFL highlights, Sky Sports’ and BT Sport’s live game coverage and shows like Soccer Saturday exclusively employ ex-players and managers to pontificate on football. It’s the norm but it isn’t necessary.

A diversity of informed voices makes life more interesting but so many British managers and ex-players talk from the same lexicon of football speak with their “for me…” ,”no disrespect to…”, “at this level…”, “with his quality…” and a whole host of other phrases that only this small niche of society uses. It gets wearing and boring and it feels ever so slightly weird. As my missus has often asked: “Why can’t they just talk normally?” Indeed, the mainstream of football media is often satirised or mocked by those outside the bubble for its reliance on crusty old tropes and cliches.

On the radio, as ever, the conversation is a little more nuanced, with excellent journalists and writers allowed on pre-game and post-game to discuss matters, though still never in-game.

While the quality and detail of punditry and football broadcasting has largely improved exponentially in the last ten years or so, there is quite obviously an invisible barrier stopping non-ex-players participating in football analysis and commentary.

While the experience of being a professional player is obviously valuable, it is only one hue in the rainbow and frankly, when you are employing players who retired 15 or 20 years ago, they haven’t much of a clue what it’s like to be a footballer aged 19 in 2019; so if experience is their USP, it is diminishing in relevance anyway,

The need to get away from the ex-pro community is actually well illustrated by players such as Gary Neville, Jamie Carragher, Andy Hinchcliffe and Danny Higginbotham being hailed as the best in the business, basically because they actually work more like journalists. That is, doing a lot of research and turning up well-prepared for the gig, rather than leaning on the old school way, which was to bluff your way through off the top of your head and hope your ex-player status would – via some sort of cultural osmosis – invest your words with credibility.

In other words, the best ex-players got good at the job by not being like ex-players. Since this lesson has been learned, why is a student of the game – who writes about it pretty much every day of every week – never actually in a TV studio to cover live football?

I spoke to someone who works in the production of football TV about this issue (someone I’d also spoken to for my book ‘Can We Have Our Football Back?’).

Still plenty of time to order for Xmas for delivery in UK.

They said: “To you and probably a lot of your readers, it would make total sense to have, say, Jonathan Wilson, Marina Hyde, Rory Smith, Gab Marcotti or whoever in the studio as a pundit for a live game. You’d love it. I’d love it. But you’ve got to remember that me, you and your readers are not necessarily typical of the audience. We are, in the nicest way, football nerds. Most people aren’t.

“Most want to see a star – an ex-player – talking about the game, not what they’d see as some random bloke they’ve never heard of before from a newspaper. They see those people as okay for discussion shows, but they don’t want that level of intellect or knowledge for live games. They aren’t interested if a club is playing in the style of Rinus Michels at Ajax or whatever…that’s too specialist. They want Roy (Keane) or someone else they’ve heard of saying that Player A or B is lazy and needs a kick up the arse. That the defender should’ve been first to the ball. That the goalie is soft. Simple, powerful stuff is what sells.

“The culture of football in this country is anti-intellectual, always has been, still is, so we give them easily digested stuff. That’s what they expect. What you want is a highbrow, niche product. I know you don’t think it is, but trust me, the vast majority of football fans watching TV would think it was. They’d think it was too posh, too clever, too middle-class, they’d watch in even less numbers than they do now and as you know, that’s hardly a huge number. We can’t risk that.”

It’s not an appealing thought, but I suspect there is truth in what he says. I know we on F365, though hardly dwelling on the outer reaches of high-falutin intellectualism, often get criticised for mixing football discussion with societal and political issues, told to “stick to the football” and are regularly accused of pretension or, worse still, that very modern crime of virtue-signalling.

And yet, while I can see the truth of what he’s saying, the times are changing and have changed. While that long tradition of anti-intellectualism is certainly alive and well, there is now a plethora of football media available which caters directly for that hunger for more in-depth knowledge, which is simply better than the mainstream offerings.

Largely this is to be found via podcasts, where football’s informal intelligentsia deploy their wisdom and deep knowledge to cast light onto ongoing issues. It doesn’t feel intellectual, it just feels intelligent. Maybe I’m unique but I want to listen to people who know a lot more than me about the football, or indeed anything else. That’s the grit that makes the pearl, surely.

There are dozens of popular pods populated by people who have never kicked a football professionally but who are nonetheless interesting and entertaining. How long will it be before football on TV wakes up to the fact that there is a hunger for clever, knowledgeable people to be at the core of football entertainment and insight? That exclusively using ex-players is too narrow and no guarantee of expertise.

It will happen. 15 years ago I wrote a piece asking why those employed to talk football on television were always male. Why couldn’t women do it as well? I was mocked for such an implausible notion, but now it is commonplace and the sky has not fallen in. It’s become the norm because it just made sense and not involving women just didn’t make sense. And not exclusively employing ex-players as pundits etc is the same.

Audiences typically halve as soon as a game is over – so it’s not like the way things are now is either retaining or pulling in the crowds. I just can’t believe that many members of the football public are waiting around to hear what Michael Owen has got to say about the game just played. Quite the opposite, if anything.

This doesn’t mean there’s no room for the best, most interesting or fun ex-players. There is. It’s hard not to be amused by the yelping, howling and laughing of Micah Richards – a more recent addition to the community. But they should not have a monopoly on live game punditry and co-comms. Admittedly, co-commentary is a skill that requires training, but there’s no reason why anyone who is educated in the ways of the game could not do so without resorting to the worst ex-player co-comms ‘say-what-you-see’ default. Football is a simple game, it is easily understood, but the ex-player cabal loves to pretend it is some sort of dark art that you and I can’t really grasp unless we’ve shared a bath with other muddy, naked men for 20 years.

It’s not long ago that their first defence against criticism from a civilian was to ask “have you played the game?” or to ask how many medals you’d won. This tends to happen less now as it’s been called out for being the shallow, silly, rather bullying notion it always was.

Radio discussion shows such as 5live’s Monday Night Club almost always have at least one non-ex-player on board. This never used to happen but is now normal. Wanting to watch and hear people who really know what they’re talking about should not be a radical desire. That it is taking so long to wrench the business of football TV broadcasting away from the old-fashioned dead hand of anti-intellectualism looks more puzzling and more old-fashioned with every passing season.