Home F365 Says Why does Neymar provoke such extreme reactions? 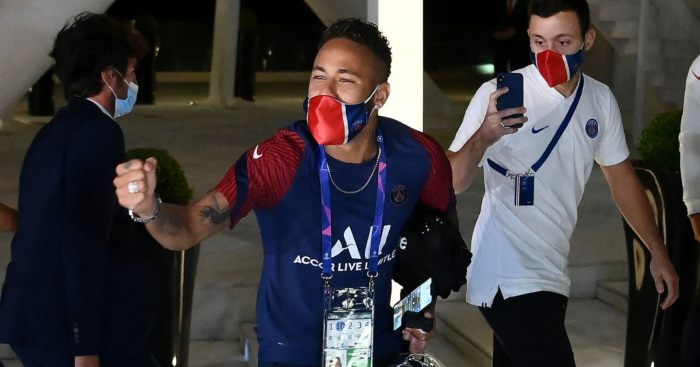 Is Neymar the most divisive footballer ever?

Lord knows there’s plenty of poison about pretty much everyone if you go looking for it on social media these days, but no player seems to provoke such extreme reactions, from the humblest online troll to the very deepest thinkers on the game such as Jason Cundy.

Even by the usual exaggerated standards of the Neymar discourse, Wednesday night’s zero-to-hero transformation prompted views at the more extreme ends of the spectrum. But despite the vast spread of opinions, it ultimately just allowed everyone to double down on their established position. He’s great! He’s a fraud! He’s a great fraud!

Why? Why does Neymar provoke this?

In part it’s the type of player he is – flicks and tricks and general frippery – which a certain strand of PFM will always regard as inherently suspicious. But more than that, Neymar represents a perfect storm of modern football, and how people feel about modern football seems likely to influence how they feel about Neymar in particular.

Other brilliant yet mercurial Brazilians have been tolerated and embraced in a way Neymar has never been. He has none of the joga bonita of your Ronaldinhos or Original Ronaldos. He is not someone who appears to play football with a Samba beat for the sheer love of having the ball at his feet. This – let’s be charitable and call it ‘romantic’ – idea of the Brazilian footballer is absolute bollocks, of course, but there’s a dead-eyed cynicism to Neymar’s career progression (or at least the perception of it, which is enough) that jars with plenty of fans.

Neymar has, essentially, committed a number of ‘transgressions’ that are far from unique but are rarely encompassed in one package.

Never moved to England and proved himself in the only proper league that really matters? ✔

Making loads of money from endorsements and other things that aren’t football and are therefore ‘distractions’? ✔✔✔

Happens to exist in the era of Modern Football which is bad and must be opposed? ✔

Absolutely massive transfer fee that is essentially impossible for anyone to live up to? ✔

Countless players fall into one or more of these categories, but Neymar exists at the very heart of the Venn diagram.

On the periphery of that diagram, Raheem Sterling leaving Liverpool for Manchester City is definitely a small part of the reason for the nonsense he has to endure, but we all know it’s not the main reason. And while there are plenty of people who (understandably) find the idea of Manchester City rather distasteful, this doesn’t translate to the same level of opprobrium for their players as it does with PSG employees in general and Neymar specifically.

Playing for City is not a factor in the way Kevin de Bruyne or Sergio Aguero are perceived; playing for PSG appears to be the central plank of the Neymar criticism.

And a part of that is the way he ended up at PSG. Moving there from Barcelona was perceived the only way it could be: as a step down. Why would you leave one of the great clubs for the grubby sportswashing exercise in Paris? He went for the money, of course, or – worse still – out of some ego-driven need to be the big man. The other, kinder way of looking at the situation is to say he wanted to achieve something new, something that hadn’t been done before and something that he could not do at Barcelona. But there is no time for that theory outside Paris.

Then there’s the £200m fee that can never be justified. Big transfer fees are always used against players and it’s always unfair given players have precisely zero say over the fee someone pays, but Neymar’s fee is used as a battering ram far more than, say, Gareth Bale’s.

Neymar also appears to be more vulnerable than most to the criticism of being Not As Good As Ronaldo Or Messi. This is inherently nonsensical by virtue of being a criticism that could be aimed certainly at every other current footballer and arguably every other footballer in history ever, yet is still delivered as if it means something. The implication appears to be that Neymar, more so than any other player, has the reputation or trappings or perhaps the self-assessment of being worthy of that company. So he is setting himself up to be the ultimate NAGAROM.

Individually, none of the factors in the Neymar Narrative are unique to the Brazilian. But they all seem to matter just that little bit more than they ever do with other players, and when piled up together all those little distortions and exaggerations appear to have a hefty multiplying effect. It’s not just Cundy.