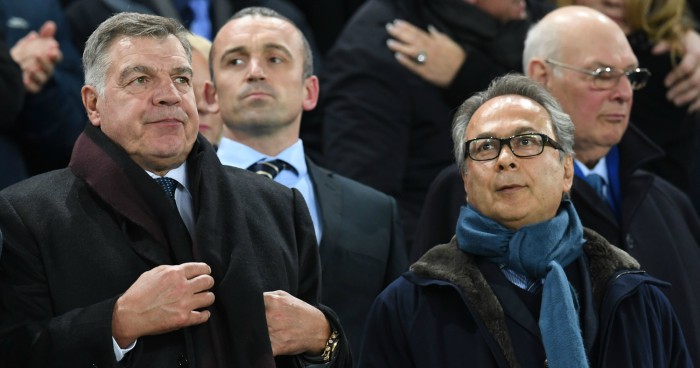 The appointment of Alan Pardew at West Brom and the expected announcement that Sam Allardyce will be taking over at Everton highlights two things: that many established Premier League clubs value a safety-first approach above anything else, and that shockingly few of those same clubs have any long-term planning when it comes to managerial succession.

Evidence supporting the benefits of having a club-implemented philosophy, rather than leaving that solely to the discretion of the man in the hot seat – or ‘showing joined-up thinking’, to use the more en vogue phrase – are plentiful, even within these shores.

Swansea City, for instance, were able to not just cope but thrive after the departures of successive managers, rising from League Two in 2005 to eighth in the Premier League in 2015. Kenny Jackett, Roberto Martinez, Paulo Sousa, Brendan Rodgers, Michael Laudrup and Garry Monk were each able to build on the successes of their immediate predecessor, yet all bar Laudrup were daring, inexperienced appointments, having previously taken charge of 57, 0, 26, 54, 247 and 0 games respectively. By contrast, Allardyce has overseen 1,008 matches as manager, Moyes 890, and Pardew 801.

The reason each was successful despite their inexperience was that the club did their homework and carefully appointed managers who each fit the particular style they wanted to play. It was only when they finally panicked and brought in Francesco Guidolin in Monk’s place in 2016 that things began to go south for Swansea. The chain had been broken, and relegation-threatened Swansea are still dealing with the consequences two seasons later.

Despite the excellent example Swansea provide, English football (or, more accurately, clubs playing in the English league) show a bizarre lack of forward planning and cohesion when it comes to appointing a new manager. Only Monk, Mike Phelan, Tim Sherwood and Craig Shakespeare have graduated from within the club to become full-time managers in recent years.

This is a curiously English phenomenon: German clubs routinely promote coaches from their youth teams to the main job (12 out of 18 did it between January 2012 and January 2017), Barcelona did likewise for three of their five managers, and back-to-back Champions League winner Zinedine Zidane spent 18 months looking after Real Madrid Castilla before moving up to take over from Rafa Benitez.

The Premier League’s lack of patience with managers is partly to blame for this peculiar backwardsness. You would like to think we would have moved on from the days of ‘Arsene Who?’, but the reactions to Andre Villas-Boas at Chelsea and Marco Silva at Hull suggest that attitudes are yet to change even towards managers who have proven themselves overseas, let alone those coming in with only a few dozen matches’ worth of managerial experience under their belts. In the face of this, it is easy to see why board after board decides to go for the ‘safe’ option of a mediocre but experienced manager, rather than take a risk on a new face.

But the other big factor at play is that as a culture, we still haven’t quite got used to the idea that a lack of success at one club is not necessarily an indictment of a manager’s ability, but may merely be indicative that they were once in jobs that didn’t quite suit them. Jackett and Rodgers had pretty woeful spells at Watford (both) and Reading (Rodgers) before flourishing at visionary Swansea; Eddie Howe’s rise with Bournemouth was interrupted by an incredibly so-so 21 month spell with Burnley; and Benitez flopped with Osasuna and Extremadura before finally nailing it with Tenerife and Valencia.

This impatience may well be the last vestige of the old English attitude that the manager should be in charge of all aspects of the club and thus accountable for everything that goes on during their time there (in contrast to the long-standing model that has been the norm abroad for decades, where the Director of Football is specifically tasked with enshrining the style of play and providing a longer-term consistency beyond the tenure of any one head coach).

This strange mid-table Premier League inability or unwillingness to see a manager as just one small part of a long continuum in a club’s history is an issue not just for the clubs, but for young coaches looking to catch a break and find the right club, and is just as responsible for the lack of emerging British talents as any foreign invasion.

If Everton had spent the last few years priming David Unsworth to take over the big job, perhaps he would have been better placed to slot in and take over to greater success than the disaster he has overseen since taking over from Ronald Koeman (barring one final hurrah against an awful West Ham). As it stands, they now find themselves ready to call in Fireman Sam – and for that, they have only themselves to blame.