Home F365 Features One per Premier League club: Reasons why they should sign Pogba 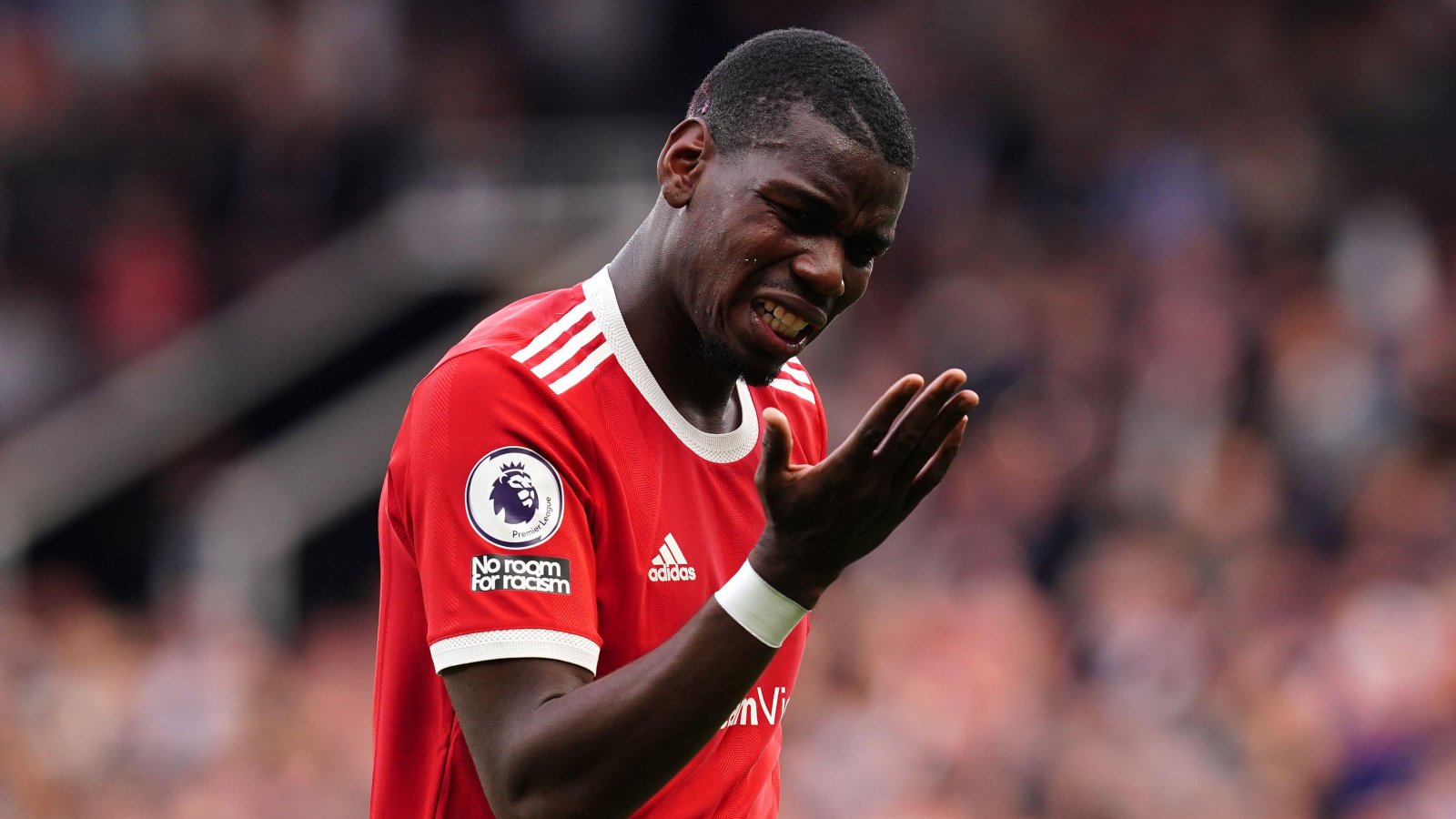 Pogba, according to Sky Sports, has ‘not ruled out remaining in the Premier League’. That got us thinking why each club would be tempted into a deal.

Arsenal
There is currently no player in their late 20s or early 30s on a £300,000-a-week millstone of a long-term contract at Arsenal, which feels like something of an oversight. And imagine the pure, unadulterated rage that would coarse through the veins of Graeme Souness after watching a central midfield partnership of Pogba and Granit Xhaka get torn to shreds by Nottingham Forest.

Aston Villa
It feels like Aston Villa are the most WhatsAppy team in the Premier League currently. Ashley Young is the admin. Tyrone Mings only communicates in emojis and memes. John McGinn and Danny Ings have convoluted nicknames for everyone, like Bertrand ‘Jimmy’ Traore. Phillipe Coutinho was invited to the group in January but is yet to read any messages. Paul Pogba has left the Manchester United chat but will fit right in at Villa Park.

Brentford
Thomas Frank has an opportunity to transform Brentford into the modern version of Sam Allardyce’s Bolton Galacticos. Christian Eriksen was this generation’s Bruno Ngotty, Youri Djorkaeff and Fredi Bobic; Pogba would be equivalent to Jay-Jay Okocha.

Brighton
Only three Brighton players have had more attempts on goal this season than Pogba, thus negating the need for supporters to implore him to shoot. The Frenchman is also underperforming his xG by 1.4 so would slot right in.

Burnley
Josh Brownhill could do with a decent back-up for when he needs to be rested.

Chelsea
That age-old question of whether Pogba and N’Golo Kante really could work together in the same midfield needs to finally be answered. Or a former Chelsea manager stumbled upon Antonio Rudiger’s perfect replacement all those years ago.

Crystal Palace
Manchester United have tried everything to #unlock Pogba but just sticking him under the management of Patrick Vieira in the hope he absorbs some of that midfield control is worth a shot. He will also know where to get the best Vicks VapoRub.

Everton
It is time to discover a new decibel: boos ringing out at Goodison Park, but aimed primarily at Pogba after yet another poor performance. That might actually solve the energy crisis and offer renewable resources if it can be harnessed properly.

Leeds
A teenage Pogba made his professional debut against Leeds in September 2011; Dimitar Berbatov had to play at centre-half alongside Michael Carrick for the final 10 minutes. The time has come to close that circle.

Leicester
Jamie Vardy coined the nickname of ‘Slabhead’ for Harry Maguire. Pogba initially dubbed the centre-half ‘The Beast’ – although that might have changed since he fell victim to the captain’s picturesque scorpion kick against Norwich. Vardy and Pogba can conceive a more fitting moniker if they combine their intellect.

Liverpool
James Milner was a 29-year-old midfielder with multiple league titles and substantial experience in England for a Manchester-based club when he joined Liverpool as a free agent in 2015. It all fits.

Manchester City
It would be an absolute thrill to see how Pep Guardiola would reconstitute Pogba. Maybe as a ruthless striker? Perhaps a dynamic right-back?

Newcastle
If everyone finds the post-match dressing-room celebration photos questionable and not to their taste, imagine seeing Dwight Gayle being led in a dab after coming on for two minutes of a League Cup second-round win over Morecambe.

Norwich
Stuart Webber is already incredibly popular with the Norwich support after openly pledging to fulfil his role as sporting director at 90% capacity. Might as well underline that sense of malaise by signing someone Delia Smith can complain about at half-time.

Southampton
It is difficult to think of a more suitable player for a club so prone to fits and bursts of form, flitting indiscriminately from brilliance to ineptitude at random intervals, sometimes even in the same game.

Tottenham
Antonio Conte remains the only coach who has proven capable of coaxing consistent performances out of Pogba at club level. The pair recapturing their Juventus success is one possibility. But infinitely more tempting is the prospect of it going to sh*t and them having it out in front of the supporters after a shotless defeat to Crystal Palace.

Watford
“Sometimes you give everything and nothing works,” the great philosopher Moussa Sissoko once said. He has started 17 games alongside Pogba for France and their win rate is actually less than half, including defeats to Portugal, Sweden, Turkey and Finland. It’s time to get the underwhelming band back together.

West Ham
“I was watching the images and Paul and Noble looked in love,” was the reaction of Jose Mourinho after Messrs Pogba and Noble clashed during a game in May 2018. It was only ever the first stage of his initiation to become West Ham captain.

Wolves
It would be the ultimate double cross: Mino Raiola spends a summer hawking Pogba’s wares across the continent, only for the Frenchman to quietly negotiate a move to Wolves with the help of Jorge Mendes. There isn’t enough superagent drama nowadays.