Home Mailbox Why F365 are ’embarrassing’ in their anti-Liverpool agenda

Liverpool were 'sloppy' against Watford? Pah. Nigel Pearson as the early winner? Pathetic. 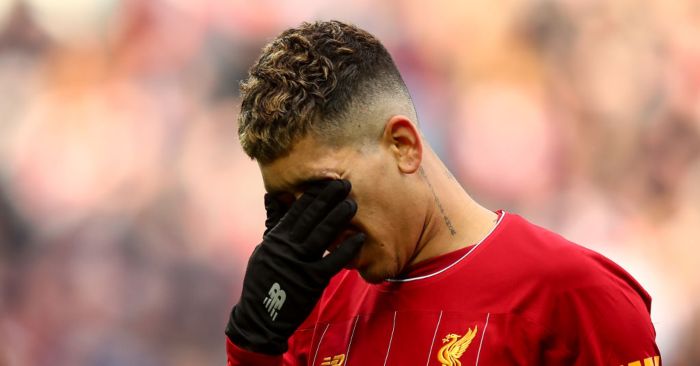 Glorious day to be a Liverpool fan, just thought I would write in and say how pleased I was with results yesterday.

How about these headlines? “ Liverpool stretch lead with amazing salah performance” or “sloppy Leicester can’t beat an awful Norwich” or how about Klopp as early winner, you know for *actually* winning.

Liverpool fan says Liverpool were bad
Liverpool really stunk the place out today although it was lovely we came away with the points. I could tell you about how many of our players stunk the place out (most of them) and why (fatigue) but instead I’ll focus on the positives and pick out the people who came out of the game with credit:

Incidentally, through the monotony of the second half I found myself wondering about if there was a premier league production of Harry Potter. It’s obvious that Jonjo Shelvey would play Voldemort. That said I think Will Hughes would have to be in with a shout to play Draco Malfoy. So now all we need is a viable Harry and things will be pretty exciting.
Minty, LFC

That’s Brendan
Pre-match PC: “We must be ready to pounce when Liverpool slips”

Match: proceeds to “slip” at home while Liverpool was the one to “pounce” and extend the lead at the top of the table.

This reminds me of the days when he was with LFC. He almost always jinx the match with his press conferences. Someone should really tell him to say something else..
MZ, Malaysia

Home discomforts
Well what an awful 90 minutes of football, ending with our fourth Premier League defeat in five matches, three of these against teams who have been in woeful form this season, first West Ham, then Everton and now a Bournemouth side who had lost five in a row.

Yet the most frustrating part about the game was Frank Lampard’s tactics, to bring Jorginho off, who at the time was the only player who looked to be able to create a chance that could end in a goal was naive and quite foolish, another foolish move was to start an out of form Mason Mount, the young lad needs a rest after his early season form has dropped off.

Finally seeing Mateo Kovacic, arguably our best player this season dropped to the bench was quite the surprise to myself and many Chelsea fans on social media, it wasn’t even because we have a mid week League Cup game coming up.

Next up we have Spurs and Arsenal away from home, if both end in defeats I would be starting to worry about this side going forward.
Mikey, CFC

The pitch at Stamford bridge is too small for possession based attacking football. It makes defending easy and counter attacks easier while creating a nightmare for the team in possession. Chelsea need to increase their pitch or else our system under Lampard will lead us right out of the top four. Defenders are closer together and the goal posts are at least a yard too close to each other. Either widen the pitch or ditch the system or it will be an uphill task everytime we play at home.

VAR gets the short end of the stick when it gets things wrong, sometimes cos of procedure, some with really close calls or in some cases wrong calls. Sometimes people hate the close calls or just the delays.

But during the Chelsea-Bournemouth game, EPL VAR overturned a clearly wrong Bournemouth No Goal due to an incorrect offside flag. I don’t blame the assistant referee, it was a confusing situation but clearly on replay it was an objective goal.

Some will say that VAR shouldn’t be praised for doing its job, especially since it wasn’t a hard decision this time. But VAR is a policy decision and has both merits and demerits.

It is important to highlight situations like this (that earned Bournemoth two points) just as important as it is to highlight it when it screws up. This is the case because while referees do make mistskes, nobody advocates for doing away with them, only improving them or replacing individual ones.

Nor am I saying Anti-VAR people should totally turn into Pro-VAR because of examplea like this, as have they have their own opinions on why the costs of VAR (in delays, reverses, confusion, accuracy, “human spirit”) are not worth the tradeoffs.

Rather my point is that these positive incidents need to be highlighted alongside the negative ones so people can have informed opinions on the matter, because headlines like “VAR serves correct justice” just isn’t going to appear even when the decision is yards onside black/white and not inches grey.

Hell just as I am writing this, F365’s headline is “VAR Drama Causes Blues to Lose”. While not technically wrong, it has a slight negative connotation to it at best, despite the fact that it is a clear objective decision this time.
Yaru, Malaysia

Love to Lingard
That Jesse Lingard story is interesting. The was a mailboxer who wrote in a good while back accusing him of being too stupid to deal with football and a clothing line. Looks like life is more complicated than what you see on instagram. I’m sure he’s apologising over his mulled wine…

This bit struck me though:

Lingard added: “As a man I have to take this responsibility on and be there for everyone.”

That sounds an awful lot like man up. No Jesse, you dont have to man up. You can be a millionaire footballer and still have tough days, especially when looking after your family as a young man of 26. As anyone can. Dont be afraid to ask for help, or rest or time.

All the best
Alex, South London

European contradictions
What a day of contrasts Friday was! On one side the British electorate rewarded the decade long cutting of public services and withdrawing of support from the most vulnerable believing the lie that immigrants and Europeans were to blame for how this was affecting their lives. They rewarded a whole bunch of other lies too but the less said the better.

If that isn’t a perfect rejoinder to the twisted logic of Brexit, I don’t know what is.
Miguel L. Scotland, LFC

P.s did any other Liverpool fans “cream their knickers” a little listening to Klopp explain why he wants to stay : )?