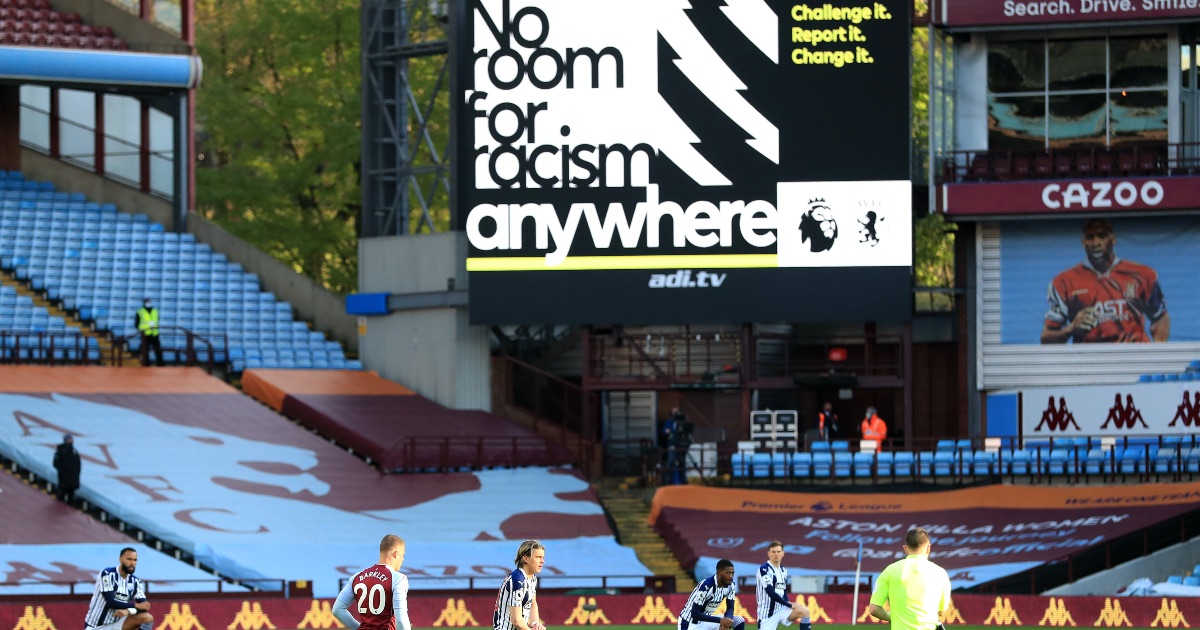 Football365 will be joining the Premier League and the wider sporting community in boycotting social media from 3pm on Friday 30 April to midnight on Monday 3 May.

The Premier League, English Football League and Women’s Super League will be joined by English cricket and Premiership rugby union, among others, in boycotting all forms of social media, in the hope the likes of Twitter and Instagram will do something to tackle the issue of online racism and discrimination.

21-year-old Chelsea star Reece James – one of many, many sports stars to be abused online – said in January: “We all have a part to play in making this world a better and more equal place! Racism is completely unacceptable! Human is our only race.”

It sickens us that such an obvious sentiment even needs to be said and that so many people have to put up with abuse on a daily basis, with no action taken against the abusers. It has to stop.

We realise a social media boycott will not end online abuse and more will need to be done. But the actions have already had an impact, with MP Julie Elliott of the Digital, Culture, Media and Sports Select Committee requesting parliamentary time be devoted to discussing the issue in the House of Lords.

We are proud to join our colleagues at Planet Football and TEAMtalk, our counterparts at fellow media companies, as well as the football clubs and the footballers we so enjoy writing about every day, in taking this stand.