Home F365 Features Why I fell in love with football: Memories, not moments 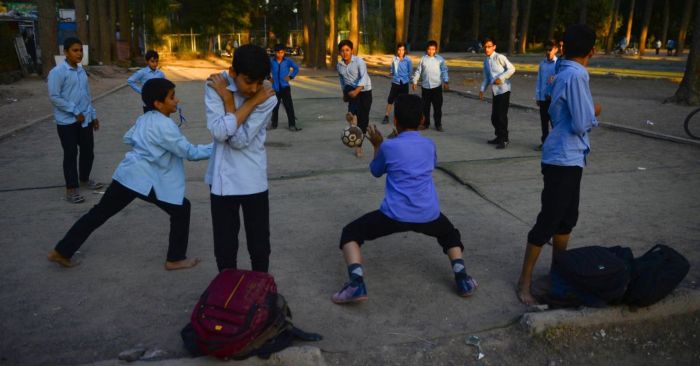 Me next, if you’ll allow the self-indulgence.

The cleanest way of doing this would be to land on a moment. To identify some point in time when my mind flung open the windows and football came rushing into my world, bringing with it everything it can.

Maybe that did actually happen. Like everybody else, I have early memories of the game. Playing. Watching. Going to games. Coming back from them. Actually, I know that on the way back from the first match I ever went to – Bristol City vs Cambridge United at Ashton Gate – we listened to 606 in the car and that with the phonecalls coming in and the heating on, I wished that journey would never end.

But an actual before and after? Probably not. I know I love the game because I hate where it’s headed and what it will inevitably be allowed to become. I loathe the disregard with which it’s being treated and worry desperately about how it will look and feel in ten, twenty, thirty years’ time.

But I measure what it means to me by this strange trick my mind plays. It might be significant, it could just be nonsense. I’m not even sure if it answers the question.

As we get older, we lose people from our lives. Relatives, friends, those we just know. It’s cruel but inevitable. People have accidents. They get sick. Sometimes they die much, much too young. We had two from my school which have stayed with me, four in all, and for whatever reason they’re entwined with memories of football.

Nicholas Taylor was the first and, sadly, because of where we went to school and the opaque circumstances surrounding his death, the tabloids took great glee in splashing it over their front pages. That one I remember.

As I do the morning when we were told that he’d be found dead in his room. He was in our year and those were strange days. With the chapel services. And the tears. And the empty desks in lessons. And the tone of the coverage which crept inside the papers over the following days, the lies that were told.

Were we close? No, not at all. But that’s a strange thing to process at 15. Nick had his friends and I’m sure they talked of him privately and among themselves, but nobody else ever mentioned it again. Never. It was just this vast topic which everybody just somehow knew was forbidden. How strange is that?

Just how unhealthy was it?

Time will tell. Now, when he appears in my mind, it’s always in the same way. He’s on the left of one of the school’s most distant football pitches, right out by the train tracks to Windsor, and he keeps shaping to cross. Each time he drops his shoulder though, and every time our full-back buys it.

It was a house match and they were always chaos – and, more often than not, full of boys who didn’t want to be playing at all, and who kicked a football as if it were made of iron.

Again and again and again it happened. Up and down. Four, five, or six times. Everybody else on the pitch actually started laughing, because the boy kept falling over and, by the end, he wasn’t even getting back to his feet before he was down again.

Nick wasn’t even a very good player, but that’s where he exists now: twisting the blood of that poor first-year, forever and ever, a few months before his death.

It’s a troubling issue, because I’m not sure I’m entitled to that memory. Maybe a lot of us felt that way and that’s why his death never really came up again? For some it would have been a very serious trauma. Those in his house suffered, I know that. His housemaster was never the same again and he retired at the end of the following year.

What entitlement to grief did anybody else really have, though? Like now, when a celebrity dies and some Twitter peacock feigns devastation. When you see those tweets, everyone thinks the same thing: “Bollocks. You don’t feel a thing.”

And it’s fine not to feel anything, until you pretend to do so. That school year had been together for less than eighteen months by that point and so maybe – maybe – Nick stays out on that wing at the expense of any other memory because that’s all that’s appropriate. Football is common enough ground that – saccharine as this sounds – it’s not a memory which infringes upon anything private.

Pick the psychological issues out of that.

Ian Noble definitely wasn’t a good footballer. In fact, he was one of the worst goalkeepers I’ve ever seen. He’d cheerfully admit that, too, but he was always the first to go in goal and having him on your team meant that you didn’t have to rotate in yourself.

By the time he died, at 26, Ian had already qualified as a doctor. I was at school with him for ten years in total, from seven to 18, and – I’m ashamed to say – I barely knew him at all. From what I read, he would have done brilliant things. He was already doing them, actually, and goodness knows what he would have achieved.

A doctor at 26? I was selling office refurbishments… without actually knowing anything about partitioning, floorboxes, electrics in general or plumbing. Or fit-out regulations. Or Health & Safety.

He was a doctor. When he was knocked off his moped on the way home from work, they tried to save his life at the hospital where he was resident and, by all accounts, highly admired and destined to be a tremendous asset to his industry.

Children are superficial and nasty and I don’t think Ian was treated particularly well at school. In that kind of environment, which was all wealth and ego and toxic one-upmanship, it didn’t really serve to be the quiet type. I don’t know that he had a bad time, but then I never bothered to find out.

In fact, when I heard that he’d died, I hadn’t thought about him in years – as soon as he was gone, though, he was replaced in my mind by a single memory and every time his birthday pops up on Facebook, it takes me back to exactly the same place.

It was back at prep school, years and years before, and there was a huge game of football before classes. It would have been around 8am in the morning and if we were allowed in that part of the school, then it must have been summer. The grass was cut for cricket and there was Ian, standing in one of the goals (cricket stumps), wearing his green Arsenal goalkeeping shirt.

It was one of those games with the kind of intensity that you remember, when somebody had brought in a brand new ball – which hadn’t lost any of its hexagons and wasn’t ready to blind anyone with its frayed panels – and it was zipping about, picking up bits of grass from the morning dew. That was Wembley.

Or at least it was, until someone ran in on goal – some oafish rugby player or rower probably – and Ian flung himself towards the ball in a big flap of limbs, only to take a firm toe-punt square in the balls.

And, then: split-seconds of silence, before a guttural howl of pain – culminating in one boy running off towards a distant teacher shouting (in a very posh accent, in earshot of a lot of very, very North Oxfordshire parents dropping their Bartholomews, Edwards and – yes – Sebastians off at the school gates):

I don’t know why he said it twice. I don’t know even know what happened next. It still makes me laugh now, though, and not in a vindictive way; he just used to love going in goal and that’s really all I know about him. After ten years.

But he’s in that place, too. A crumpled pile of limbs stricken on a playing field, with disapproving parents looking on from over the fence and us laughing away.

But you’d take that, wouldn’t you? After all, the oafish rugby/rower didn’t score, and what more can you ask from a goalkeeper in mind, who’s associated with one passage of play forever?

This was supposed to be about me and why I love the game and, unfortunately, there’s no finessed conclusion which can join all of the dots above. But if there is a relevance and way of conforming to the rules here, it’s that football is a happy place. It’s not actually about FIFA or UEFA, about Andrea Agnelli or whatever preposterous nonsense he dreams up in the future.

Instead, football is context. It’s a fluid part of life which joins all sorts of unlikely events, good and bad, and something which allows all sorts of memories to exists in a way that they otherwise might not.

F365 Features why I fell in love with football
ADVERTISING