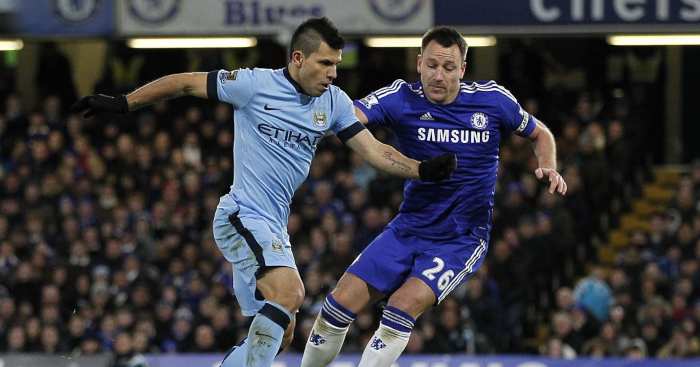 John Terry played in a big role in Chelsea pulling out of a potential deal to sign Sergio Aguero, according to a report.

Aguero signed for Manchester City in 2011 for a fee reported to be in the region of £35million before going on to score 244 goals in 352 appearances in all competitions for the Citizens.

However, The Athletic claim he could have ended up at Chelsea had things played out differently.

The Blues were looking for long-term replacements for Nicolas Anelka and Didier Drogba, who had ‘both passed the significant age barrier of 30’.

Atletico’s £40million demands and Aguero’s proposed salary put off Chelsea initially before their interest peaked when he scored twice against them in the group stages of the 2009-10 Champions League.

That performance saw Chelsea resume negotiations with Aguero understood to be ‘willing to make the move’ – but Chelsea’s £30million offer was rejected.

The club’s reluctance to pay Atletico’s asking price and £5million agent’s fee was compounded by Terry‘s views on Aguero.

The Chelsea captain at the time ‘wasn’t a huge fan of Aguero’s abilities and passed that opinion on to the powerbrokers at the club.’

The Athletic continued: ‘Indeed, after playing against him on both occasions in the Champions League, Terry wasn’t overly impressed by Aguero’s movement — despite his superb double in Spain.’