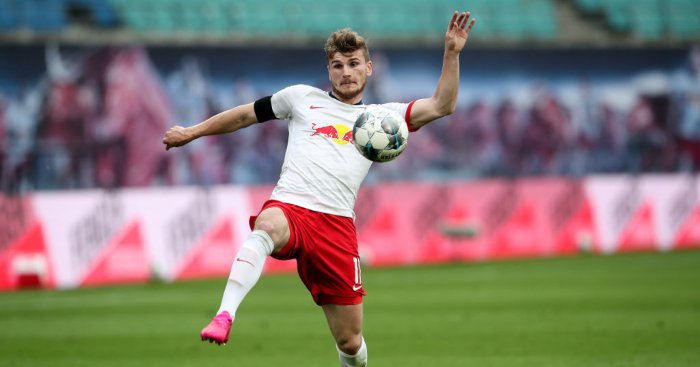 Liverpool pulled out of a deal for RB Leipzig striker Timo Werner over financial worries, according to a report in Germany.

Werner has been in sensational form for Leipzig this campaign, scoring 31 goals in all competitions this season, leading to interest from some of the Premier League’s biggest clubs.

Several reports on Thursday have claimed that the Germany international has agreed personal terms on a £200,000-a-week contract with Chelsea as he looks set to move to west London.

FEATURE: Ten things yet to be decided in this Premier League season

Werner was widely considered to be joining Liverpool either this summer or next, with the Germany international having reportedly narrowed his options down to just two.

However, German publication Bild (via The Metro) now claim that Liverpool’s owners decided that the move would prove too costly with huge uncertainty surrounding club finances due to the pandemic.

The report adds that Leipzig were not open to the idea of spreading the payments or Liverpool’s plea to lower the asking price.

ESPN said yesterday that the promise of ‘more game-time’ at Stamford Bridge – a factor Liverpool could not guarantee – was key to Chelsea’s pitch.