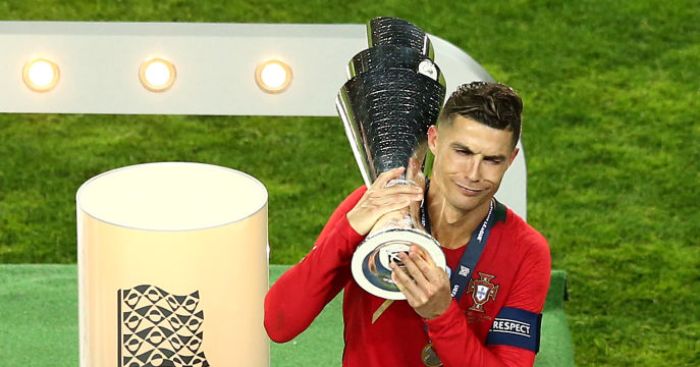 Which newspaper barely noticed there was a World Cup on then? pic.twitter.com/yebee7f4nt

BAP year
Perhaps that is a little unfair on The Sun. After all, ‘HERE COME THE BAPS’.

You see, to balance out the utter ridiculousness of their continued obsession with the WAGs (eurgh) of the men’s team, they now present us with the BAPs (eurgh) of England’s women’s team.

That is boyfriends and partners. Apparently HAGs or HAPs was not suitable.

Mind you, not all of the website received that particular memo.

‘SQUAD GOALS Meet the HAPs (that’s husbands and partners) who’ll be cheering on England’s Lionesses during the World Cup’ – June 7.

Because equality means subjecting everyone to the same levels of risible hilarity. As long as both include pictures of women in bikinis taken directly from their Instagram accounts, of course.

Star, man
Over at the Daily Star, female partners do not even exist.

And the definition of the word ‘meet’ continues to die a slow and painful death.

Leave De Ligt on
Charlie Wyett’s report on the UEFA Nations League final for The Sun passed by almost without incident, save for him declaring that Virgil van Dijk ‘should land the Ballon d’Or later this year’. Is he not chief of the bottlers?

But the newspaper’s Football Editor steams in with the following claim on Portugal’s Joao Felix:

‘Portugal played a different system to their 3-1 win over Switzerland.

‘Ronaldo was in a more central role and Joao Felix, the world’s most sought-after teenager, had to settle for a place on the substitute’s bench after an underwhelming debut in the semi-finals.’

Wrath finder
On that note – and also from The Sun:

How dare someone who left Manchester United ten years ago suggest that a really good centre-half join the team he is at right now instead of moving to Old Trafford? United would definitely have signed De Ligt without Ronaldo’s intervention.

Man United fans: how p*ssed-off are you right now?

Beck and call
Mike McGrath has a surprising exclusive in The Sun. It’s even made the bloody newspaper. Good lad.

‘LEROY SANE wants to discuss his next move with David Beckham.’

‘The Manchester City forward – a target for Bayern Munich – has reached out to Goldenballs’ representatives.’

Oh. So not Beckham himself, then?

‘His parents look after his affairs but Sane has also spoken to high-profile agencies as he plots his future.’

‘Player talks to agencies’ is not quite ‘Leroy Sane wants to discuss his next move with David Beckham’, is it?

But surely there is something more to this story, another mention of Beckham himself that makes him in any way relevant to a Manchester City winger linked with Bayern Munich?

‘Beckham, who was in Manchester last month to celebrate the anniversary of United’s Treble, is still the blueprint for young players.

‘After starring for 11 seasons at Old Trafford, the midfielder headed to Real Madrid before a big money switch to LA Galaxy.

F*** me, that’s a reach. Still, you’ve got ‘Leroy Sane’, ‘Man City’, ‘Bayern Munich’, ‘transfer interest’ and ‘David Beckham’ in the same URL on the website, so well played.

Just don’t tell McGrath that Bild had his ‘exclusive’ a full six days ago. He’ll be devastated.

Sharing is caring
Does every other website latch on to an absolutely meaningless story because it involves one of football’s most SEO-friendly names? Does Nick Pope sh*t in the woods?

The ref word
Mediawatch is not about to delve too far into the ‘boozy’, ‘sleazy’ and apparently front-page worthy Sun exclusive about a group of Premier League referees ‘cavorting’ in an ‘Indonesian party town’.

Instead, we will offer the following lines and picture captions without comment:

‘Father-of-one Andre Marriner, 48, was filmed in a disco sitting a women on his knee with both arms tightly wrapped around her waist.

‘Video assistance shows him poking his tongue in her ear.’

‘This selfie looks innocent but there was definite contact as the dad of two, married since 1994, was groped by girls.’

‘He was seen tightly marking one woman but slow-mo is not conclusive enough for a red.’

‘He nearly escapes punishment as official is thought be single, but gets a card for holding on so tight.’

Who says investigative journalism is dead?

Jack Pitt-Brooke on England’s defeat to the Netherlands.