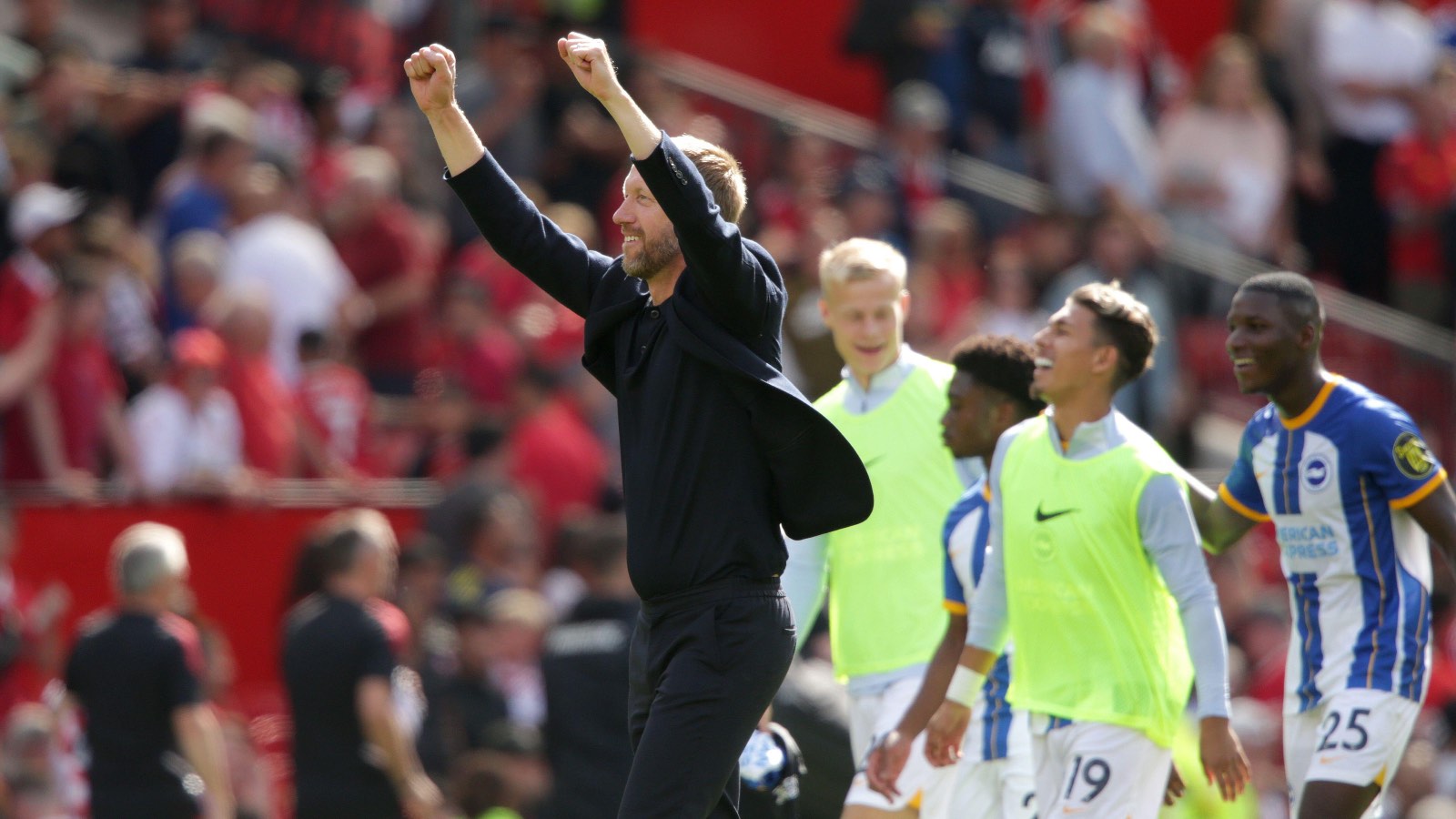 Graham Potter was somewhere near the top of Manchester United’s shortlist to take the reigns at Old Trafford, but was reportedly snubbed in favour Erik ten Hag over his lack of Champions League experience.

Potter was announced as the new Chelsea manager on Thursday after Thomas Tuchel was shown the door at Stamford Bridge.

MAILBOX: How Klopp can reinvigorate Liverpool: a back-three and wait for Bellingham…

The 47-year-old has been handed a five-year contract by owner Todd Boehly, who is understood to regard the upwardly-mobile coach Potter as a risk taker, innovator and master communicator, in the mould of a blue-chip company chief executive.

But United were ultimately not convinced by Potter due to his lack of Champions League experience, according to the Daily Mail.

Erik ten Hag, who took his former club Ajax to the Champions League semi-final in 2019, instead took the helm at United.

The fact that the Dutch coach had no Premier League experience clearly wasn’t as defining a factor in their decision.

And Potter will get a chance to compete in Europe’s showcase competition having moved to Chelsea, who are in the Champions League group stage, while Ten Hag leads United in the Europa League.

On his arrival at Chelsea, Potter said: “I am incredibly proud and excited to represent Chelsea FC, this fantastic football club.

“I would also like to place my sincere thanks to Brighton and Hove Albion for allowing me this opportunity and in particular Tony Bloom and all the players, staff and supporters for their continued support during my time at the club.”

Chelsea’s ambitious US owners are thought to have raised an eyebrow at the Premier League’s managerial merry-go-round. And Boehly and Eghbali are thought to be determined to break that cycle by installing Potter at the Stamford Bridge helm for the long-term.

Chelsea are understood to hope to be in a position to appoint a new sporting director before the World Cup, after new chairman Boehly occupied the role on an interim basis this summer, with Potter to have his say on the appointment.

“We are thrilled to bring Graham to Chelsea,” said Blues chairman Boehly.

“He is a proven coach and an innovator in the Premier League who fits our vision for the club.

“He has had a major impact at his previous clubs and we look forward to his positive impact at Chelsea.

“We look forward to supporting him, his coaching team and the squad in realising their full potential in the coming months and years.”