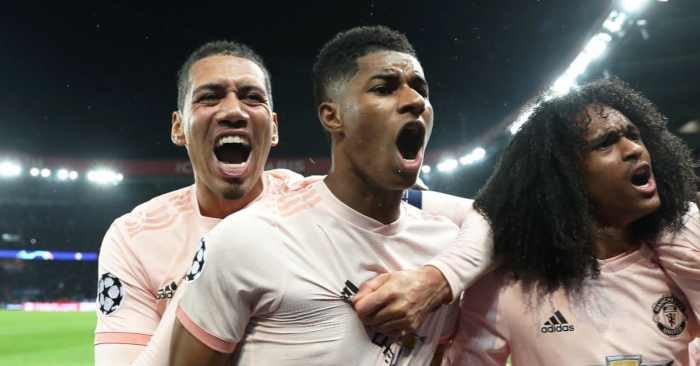 This is probably the time of year to let transfer stories drift away into the ether. It’s certainly not the right time to dwell on their detail, or get hung up about which player has been ascribed which valuation. Nevertheless, The Mirror’s back-page claim that Barcelona hold an interest in Marcus Rashford and that they might be willing to pay something in the region of £100m to indulge that curiosity is interesting.

Not because there’s any real prospect of that transfer happening, but rather because of the figure involved. £100m? For Marcus Rashford? Okay, so that’s a tabloid valuation – most likely a nice, round figure, plucked out of the air for the sake of framing a nice headline – but it seems high. Especially to Barcelona, who are not exactly under-stocked in the attacking positions and whose priority surely lies in trying to capture and harness the gifts of Ousmane Dembele, who is barely a few months older than Rashford.

So: eyebrows down – that’s probably not going to happen.

But it does prompt an interesting question: what is Rashford’s place in the game? The modern need to rate and rank everything is admittedly tedious, but there’s a contradiction between his actual worth in the market place and his value to Manchester United. While that £100m sounds slightly optimistic, the claim that the club have offered Rashford a new contract in the region of £300,000 a week sounds entirely realistic.

Clearly, there’s a difference between his literal football value and his local worth. In itself that’s a common disparity, but generally not when we are talking about United, who are always financially capable of replacing whatever and whoever they lose.

A few weeks ago, Rashford was stood on the pitch at the Parc des Princes, with the ball on the penalty spot and Paris Saint-Germain at his mercy. He would score, obviously, and produce one of the moments of the season. Part of the response to that moment was, of course, defined by PSG and what they represent in modern football, but it was also about Rashford himself.

He was born in Greater Manchester, he grew up as a United fan, and he was reared by the club’s academy; that’s always a good news story and it certainly gave those seconds in France some deeper texture. Had Romelu Lukaku or Alexis Sanchez been tasked with converting that penalty, then the dynamic would just have been one super-club knocking out another – of United’s tractor partnerships overcoming PSG’s Michael Jordan branding. As it was, it felt like a small victory for something else.

In October of this year, United’s streak of naming a homegrown player in every match-day squad since 1937 will reach 82 years. It’s a remarkable sequence and all the more so because of the imperatives of the contemporary game and the club’s position within that game. Balancing organic production with stability is hard enough, but combining it with long-term dynastic success at the very top of the sport is clearly a level beyond.

Rashford has not been alone in sustaining that record, but he has been its most vivid symbol in recent years. Rather than just being a token substitute, he’s also been an active part of the fight against creeping mediocrity and, with the verve of his playing style, has provided a contrast to the mood created by Louis van Gaal and perpetuated by Jose Mourinho. Rashford has provided goals, yes, but also dynamism and attacking ambition at a time when those commodities have been scarce at Old Trafford. In effect, he’s been the doses of urgency in what has otherwise been a slow and plodding era.

Urgency and other, arguably more valuable qualities. As alien as United’s footballing identity became before Ole Gunnar Solskjaer’s arrival, their surrounding culture was more troubling. The Glazer family’s ownership hasn’t just bred a single, benign concern about debt-loading, but instead a nest of associations which have altered the club’s external identity. United are still Best, Law and Charlton. They are still about Munich, their European Cups and Sir Alex Ferguson. Nevertheless, around that core has been constructed a naff commercial facia which has hidden the club’s DNA, making it easier to ignore.

Within that context, Rashford is priceless, representing something which is quintessentially Manchester United. He is what the club were, and what they still are beneath these modern layers. He is a continuation of a linear path which can be traced back to Busby and Rocca and which – especially now – has a value which transcends normal footballing worth. It’s what underscores his value; it’s what created this mildly exaggerated sense of worth. It’s what allows him to not quite be worth £100m on the open market, but to simultaneously be invaluable at Old Trafford.

At a different time in their history, United and their supporters would probably look upon Rashford with clearer eyes, seeing a very-good-but-not-quite-outstanding player and a valuable part of their forward armoury. Right now, he’s a priceless commodity. Paul Pogba can go, grudgingly, Anthony Martial, Nemanja Matic and Romelu Lukaku too, but allowing Rashford to depart is inconceivable, representing as it would the loss of something greater than just a simple asset.