Home Mediawatch Why are the media trying to sell Harry Kane to Man United? 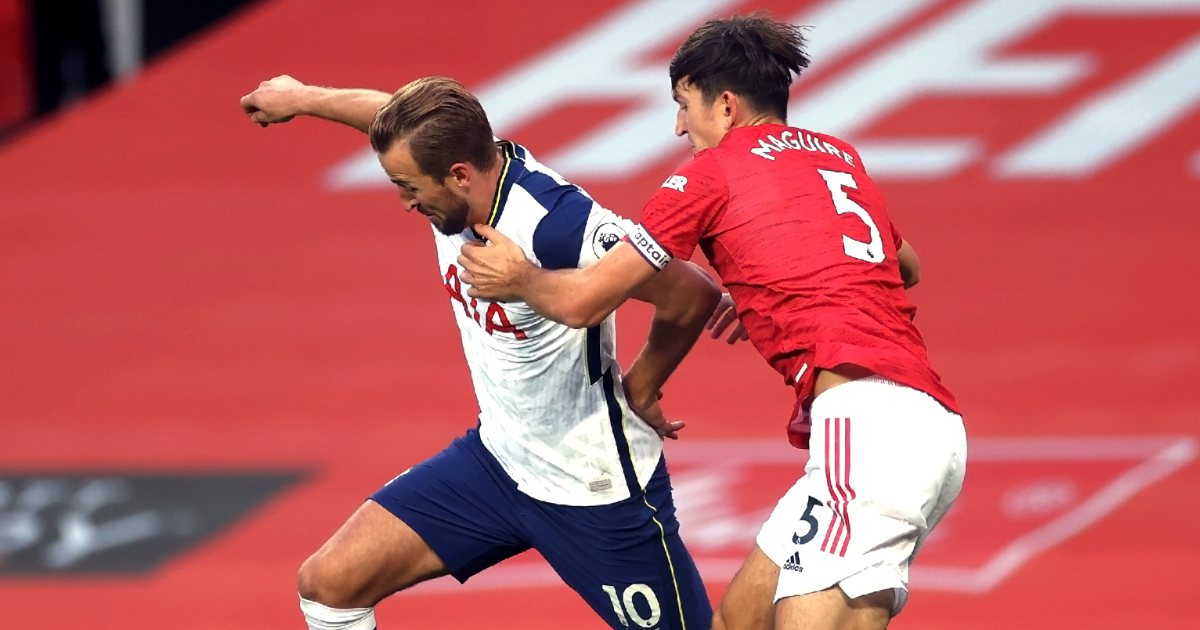 The Kane Gang
It is utterly bizarre that Ian Ladyman refers to Harry Kane’s supposed £150m price tag as ‘enormous’ on the back page of the Daily Mail as his colleague Sami Mokbel claimed that Tottenham were ‘valuing their talismanic striker at £200million’ less than a year ago.

That £50m drop in valuation seems appropriate given a) the pandemic and b) Kane is a year older, but can you really claim that a £150m price tag is ‘enormous’ when Kane has scored 156 goals in 228 Premier League games for Tottenham? If anything, he is a bargain. How much did you think Tottenham would want for one of the best strikers in the world?

Ladyman has form for wanting Kane to move to Manchester United; Mediawatch is not sure why he is quite so invested in the notion. We can only presume it is because a strong Manchester United is good for the football media in this country.

And the truth is of course that ‘Tottenham’s stance has always been that Kane is not for sale and that remains the case’ (Daily Mail) so it’s a price tag that essentially means nothing. And yet it makes the back page of a national newspaper as an ‘exclusive’. Because nobody else but Ladyman has managed to put a price tag on a player who is not actually for sale.

And his coverage sets the tone, with the Mirror website describing the £150m price tag as ‘eye-watering’ and ‘mammoth’. Somebody is incredibly easily surprised, particularly as we would expect Levy’s initial asking price to be set closer to £250m.

The Sun website take up the money mantle with this headline:

According to The Sun themselves, those £200,000-a-week wages would see him earn the same as Edinson Cavani and Marcus Rashford and significantly less than David De Gea, Paul Pogba and Anthony Martial at Manchester United. No shit they would be ready to pay his wages. If he was actually for sale.

What are the odds?
Elsewhere on The Sun website, there is obviously money to be made from Kane – not for sale, remember – possibly being available for £150m, despite their insistence elsewhere that ‘SunSport understands that Tottenham are unlikely to want to sell their star striker and Spurs haven’t even set an asking price’.

Keep that in mind – indeed, ‘understand’ it – as you read this headline:

‘MANCHESTER CITY have stormed ahead of Manchester United in the race to sign Harry Kane, according to the bookies’

Coming around again…
For some reason, this made us laugh on The Sun website:

Lord knows who they are quoting with their ‘leaning towards’ but it matters not; the world got the impression that Mbappe might be ‘leaning towards’ a transfer exit when he refused all attempts to persuade him to commit to the club beyond 2022. That was quite the hint.

Don’t call me Surely
Curious timing from Brian Reade in the Daily Mirror as he hails the job done by Dean Smith at Aston Villa, just as his side has lost four of their last eight games and twice shipped three goals (to Burnley and West Ham). But Reade is ‘at the heart of football’ and we are on the periphery, so who are we to argue?

Well, we do like to argue so sod it. We like to argue with the idea that the rise of Villa since the pandemic halted football last season ‘surely trumps’ every other team’s transformation. Surely? Is there no room for doubt?

‘West Ham have enjoyed a spectacular leap from 16th to fifth, but Aston Villa going from relegation certainties to games-in-hand wins away from the Champions League places, surely trumps them all.’

Odd how their games in hand now basically count as points in the bag, but the game in hand that could have taken them above West Ham into 16th last year was written off. They were not ‘relegation certainties’ because they were then within two points of three other clubs. And their current form would suggest that their games in hand would now take them no higher than seventh. Still below West Ham.

‘The lockdown inspired manager Dean Smith into a radical rethink. His team had been too open against the better sides and their naivety was routinely punished…the defensive rest, and renewed confidence it brought, working a treat.’

Eventually. Villa initially reacted to the easing of lockdown by failing to win any of their next six games and shipping seven goals in three defeats to Chelsea, Liverpool and Manchester United. Let’s not pretend there was some kind of magical transformation. Ten points from ten games exactly matched their form from the previous ten games before lockdown. And those ten points from ten games only became survival form because Watford and Bournemouth collapsed to just seven points from nine.

It is indeed quite impressive that Villa are now eighth but they have spent more than every other Premier League barring Manchester City, Manchester United, Chelsea and Tottenham over the last two seasons. That should add some perspective.

But no, because ‘their form since the Leicester hammering on the eve of shutdown has been a revelation’. Hmmm. They have been the 12th best team in the Premier League in that spell with 43 points from 31 games. Excuse us while we credit West Ham (54 points from 33 games) instead.