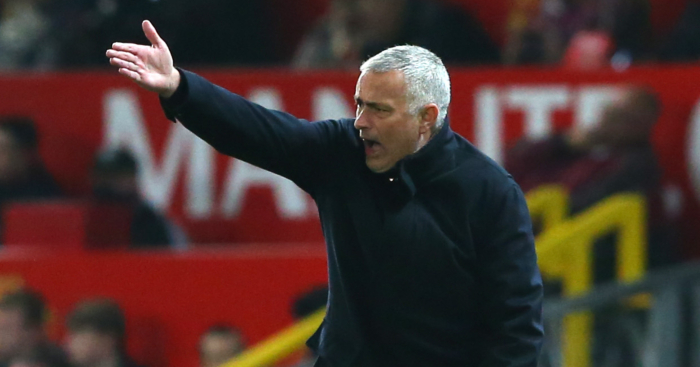 When Jose Mourinho commented last week to Hristo Stoichkov that some United players were “lacking maturity…on a personal level” and that “in English they call it spoilt”, adding that “we were more mature…we were more prepared for life. Let’s say it like that. We were less protected”, it will certainly have resonated with many because there is a widespread feeling that top footballers are pampered and guarded from the harsher elements of life – elements that make the rest of us have to grow up – while they’re free to mess around on Twitter, buy huge cars and have silly haircuts. It also fits with a common middle-aged view of young people. However, I’m 18 months older than Jose, and even I’d consider his a very old-fashioned notion and one which speaks more about him than the players.

When you see what some players get up to in the name of ‘bantz’ it is not hard to feel footballers are indeed emotionally stunted boys who behave well into their 20s the way most of us did when we were 14. So you’re pushing at an open door to call any such footballer spoilt. It’s an easy stick to beat them with so the manager’s comments will play well with some. The notion that they’re a bunch of silly boys who you couldn’t trust in the trenches will always have an appeal. I’m sure Jose knows that.

But what does ‘mature’ actually mean in this context? The likes of Luke Shaw, Jesse Lingard and Anthony Martial are required to do their job in public in front of 75,000 people. That’s not normal. To reach the standard they already have, you need an ability to perform under incredible pressure. Is that not actually a form of maturity? Isn’t dedication to training and physical fitness and to improving your skill set a sort of maturity? If they’re not mature, then maybe very few footballers are.

But we live in an era where grown men can sit around the house in a onesie, cry over TV programmes about penguins, drink pretentious coffee and spend most of their day peering at a tiny screen searching for distraction and all the while wearing clothes that are at least one size too small for them. All of that and so much more makes it easy for older people to see young people as lightweight snowflakes, as opposed to mature men. But the truth is they’re just finding their way through life in a very different world. Older people can’t and shouldn’t prescribe how the young should deal with life, it is theirs to invent and experience. They’re not like we were and why should they be?

It is always the way that the middle-aged feel as if the kids are somehow more insubstantial and less grown up and less respectful than when they were at their age. It’s a cliche. It was said to me as a boy in the 70s. It’s been said ever since.

Isn’t the core of this just the misunderstanding of one generation by another? Mourinho is just being the out-of-touch 50-something who thinks he’s being objective, but is really just failing to see that times move on, things change and find different expression. Maturity is different now, it means different things, it manifests itself in different ways.

Believe me, it is easy once you enter middle-age to get old-mannish about life. First the latest fashions look stupid to you, then modern pop music sounds horrible, then you stop knowing what is #1 in the charts, then you see the latest piece of technology and are sure that you neither need it, want it or know how to use it. Before you know, you’re asking an eight-year-old kid how to sync your TV to your router and wondering why everyone is drinking almond milk while listening to Clean bloody Bandit.

Once you hit middle-age this is something – if you’re going to grow old with some degree of grace – you need to always bear in mind. Just because you didn’t behave the same way when you were 21, doesn’t invalidate modern kids’ behaviour. It is just different. They entered consciousness through a different door. They cannot be the same as someone born in the 1960s. The world looks different to them. In other words, Mourinho is holding the players he thinks are not mature to a standard that it is not appropriate to judge them against. Instead of judging them harshly, he needs to understand why they won’t be like Stoichkov growing up in 1970s Plovdiv and why thinking they should be is even a good or desirable thing.

And also, even if we can agree on what being mature means – which I don’t think we can – how mature do you even need to be to play football? Is it even relevant? Time and again we see young players described as playing without fear and being far more dangerous because of that very fact. The 18-year-old immature Wayne Rooney was a far more direct and dangerous player than the mature 30-year old and he’s not the only on.

Saying your players are not mature and are spoiled looks much more like a convenient way to excuse the fact that you can’t get the best out of them and that you have created an atmosphere in which they cannot thrive. It assigns blame to them but because maturity is a notion, not a fact, it cannot be easily disproved.

Older people like Mourinho need to realise that the things you thought were certainties about life were never anything of the sort, they were all just a phase; indeed, everything is just a phase. There was no golden age, no matter how much you fictionalise the past to try and prove there was.

After all, my father was killing Nazis in the noth African desert when he was in his early 20s. That’ll make you grow up pretty quickly, but given the choice between a young man doing that or fannying around with his phone and drinking soy lattes, I know which is infinitely preferable.

It’s almost as though calling your players immature and spoilt is just the sort of thing middle-aged people say about young people in order to try and illicit sympathy, which ironically seems the act of someone who is a little immature and spoilt.