Home Brentford ‘Why not try to win it?- Frank aiming for Carabao Cup glory 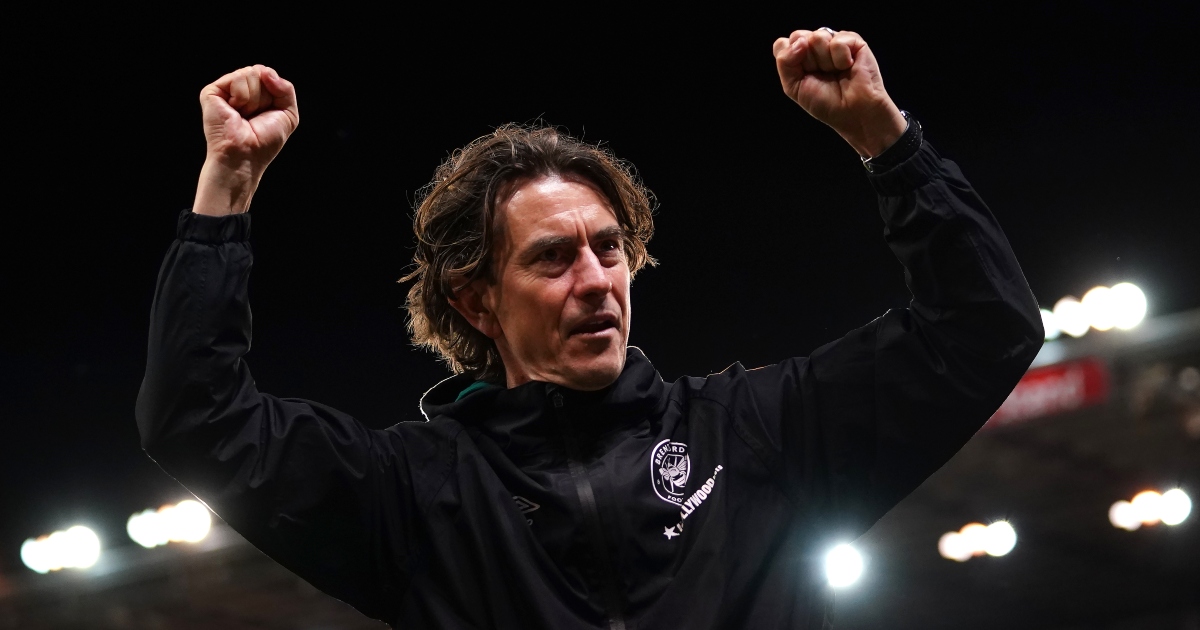 Brentford head coach Thomas Frank admits his side are aiming to win the Carabao Cup after qualifying for the quarter-finals on Wednesday.

The Bees, who booked their place in the last eight with a 2-1 win at Stoke on Wednesday, travel to Burnley in the league on Saturday.

Brentford have an unbeaten away record and will face a side still searching for their first league win of the season – but Frank harbours cup as well as league aspirations.

“I just know one thing. We would like to do as well as possible in the League Cup. We’re now in the quarter-finals, why not try to win it?” he said.

“There are some massive clubs there but we’ll do our very best.

“Last year we managed to get to the semi-finals even though we were in the Championship and played even more games in December than we are planning to do this year.

“I know my staff is so skilful everything will be planned, we’ll be on top of that, so if we’re not unlucky with injuries like I think we have been then I can’t see a reason why we shouldn’t give it a big shot.”

Ball 2⃣ to look out for tomorrow morning!

The Quarter-Final draw of the Carabao Cup will take place live on Soccer AM from 10:30am#BrentfordFC https://t.co/9s6p9Y9CU1

Brentford will be without first-choice goalkeeper David Raya, who sustained knee ligament damage in Sunday’s defeat to Leicester and is expected to be out for four to five months.

Fellow Spaniard Alvaro Fernandez, who signed on loan from Huesca in August, played on Wednesday evening and he could make his Premier League debut this weekend.

“100 per cent (he is ready),” Frank said, adding: “Otherwise we wouldn’t have got him in the summer. We’ve got a lot of belief in Alvaro, I think he’s a very talented goalkeeper.

“He arrived a little bit late because of the Olympics, so he had a little bit of a staggered pre-season, but I’m pleased it’s now two or three months into it because now he knows our principles, the way we want to do it, the demands we have of him and his position, and he’s just gradually done better and better and better.

“So of course it’s a loss with David but we know we have a very good keeper in Alvaro.”