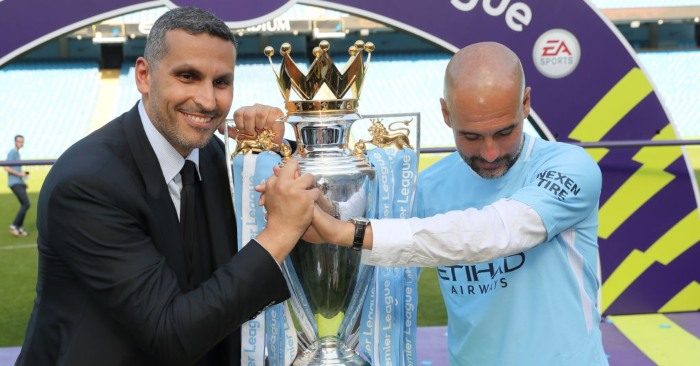 It’s an international break, so there’s time for some self-indulgence. A couple of days ago, we ran a list of the top ten influences on the modern Premier League and, in response, Kevin from Nottingham offered some valid alternatives in the mailbox. One of them being Roman Abramovich.

In a sense, leaving Abramovich off such a list must seem like an egregious oversight. Particularly as his acquisition of Chelsea created a distinct ‘before’ and ‘after’ in the Premier League’s history. There’s no question: he was a different kind of owner and, because of the source of his wealth and his relationship with Vladimir Putin, he should be considered one of the first foreign investors to recognise the full utility of owning a football club.

On a literal basis, his legacy is impossible to overlook: he altered the perception of Chelsea forever and changed the dynamic of competition within the league. He also facilitated the winning of a European Cup, which many, many rich owners have never come close to doing.

But he wasn’t on that list because what he represents isn’t particularly current anymore. That may not be the right answer, but it’s the reason behind his omission.

It could certainly be argued that there are shades of Abramovich’s methods in other clubs, but his operating procedure – buying a team, investing heavily and then repeating more or less the same cycle every 18 months – has become an outmoded concept. As Manchester City are busy proving, simply having a lot of money and being willing to spend it is really more of a Phase One in modern football.

Arsene Wenger probably said it best with his ‘petrol and ideas’ comment about City. What allowed them to change the landscape of the sport was not just the sovereign wealth of Abu Dhabi and the ability to buy players and hire coaches, but the strategy in the background. To an extent, that refers to the club’s executive structure, but also to their aggressive approach to brand building – the amplification of the City identity across the globe and the semi-imperial mentality which continues to instruct that process.

That’s probably the example which will be followed in future. In fact, it already is. The clustered Chinese investment in the Midlands, for instance, is partly motivated by commerce and transport links. Just as it is in Southampton. City are a different issue entirely, of course, and the Abu Dhabi Group’s objectives are more textural than practical, but theirs are the footprints being followed.

That doesn’t diminish Abramovich’s historical influence on English football. It does, however, change how relevant that influence is on the game today. Chelsea are a very large, very powerful club, but in the present day context they are not the apex predator that they once were. As a result, neither they nor Abramovich really define the competition’s shape. They used to and they did for a long time, but City – and Paris Saint-Germain – have widened the parameters.

It’s a situation defined by breadth of objectives. There’s an interesting chapter in James Montague’s The Billionaires Club which discusses Abramovich’s motivations for buying Chelsea. It was a decision aimed at preservation rather than growth. It was personal and, to an extent and albeit with a violent butterfly effect on the sport, a means to a useful and convenient end.

The sport’s stratosphere doesn’t look like that anymore. The global transfer market isn’t being distorted by men like Abramovich, but by corporations and companies, and people who see football as a vehicle to achieve something completely different. Did he light the way for that? Absolutely, that’s a very fair argument. At the same time, however, the Premier League looks – and feels – the way it does now because of an entirely different sort of owner.