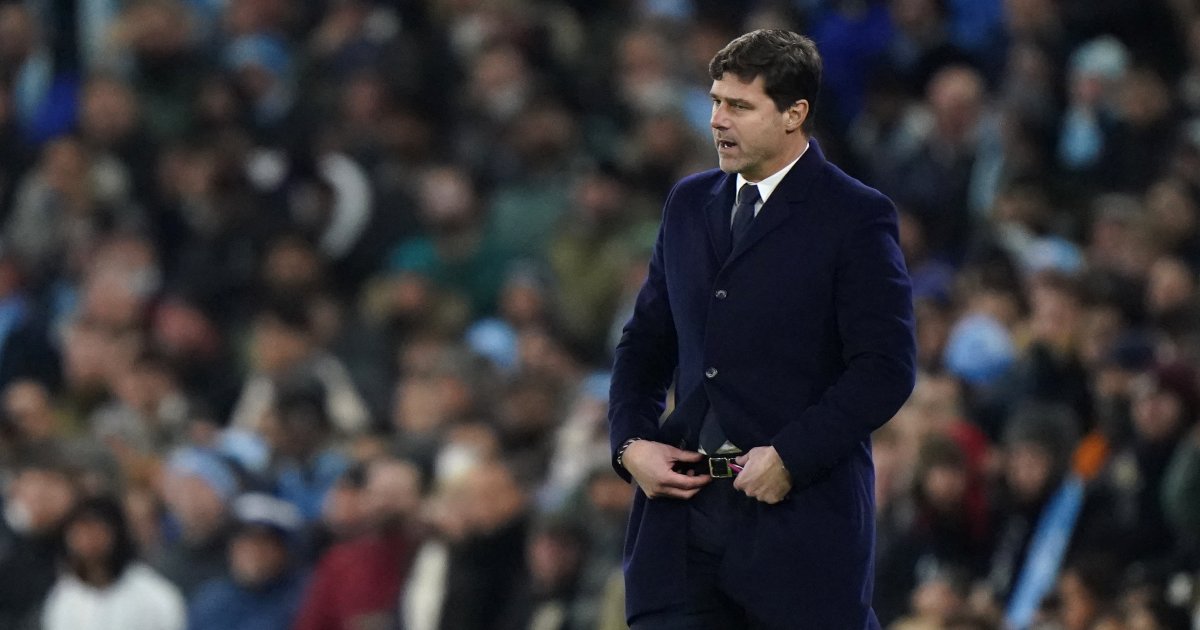 Why would PSG let Pochettino go?
In his article on United’s search for a new manager, Johnny Nic says ‘pay PSG the £25million in compensation that it’ll take and get Mauricio Pochettino in now’. It seems like a match made in heaven: United want Poch, Poch wants United, why don’t they make it happen?

This ignores the big question of why would PSG agree to this?

PSG have lost just two games all season*, they’re 11 points clear at the top of Ligue 1, and they’ll (probably) be qualified for the knock-out stages of the CL by the time this is printed. Where’s the benefit to PSG in allowing Poch to leave now? Why risk throwing a spanner into the works now and disrupting everything by leaving their manager walk away? For £25m? They’re owned by Qatar for crying out loud, money means nothing to them. They turned down €200m for Mbappe at the risk of losing him for nothing 12 months later.

Besides, Poch would only be the start. According to the PSG website, the PSG senior team have ten backroom staff: Poch, two assistant coaches, two goalkeeping coaches, two fitness coaches, and three video analysists. The two assistant coaches and one of the goalkeeping coaches have worked with Poch at all four of his clubs so far and one of the fitness coaches is his son. It’s not too hard to imagine that if Poch leaves, the four of them will want to follow. Is £25m enough to compensate PSG for losing five of their coaches in the middle of the season?

Now, with all of that being said, PSG are obviously in a better position than United in that Zidane, a successful, available manager, is apparently interested in taking over and so it’s probable that PSG could replace Poch the day he leaves. However, that requires us to ignore Zidane’s ambitions to be France manager. With Deschamps out of contract after the World Cup, the question is which holds a bigger draw for him? Given he has no connection with PSG, you’d have to assume it would be France.

It’s not totally impossible, but it would be surprising I think.
Jerry
* One of the games lost was the Trophée des Champions, i.e. the French Community Shield, which was held in Israel. 11 of the last 12 have been held outside of France with Canada (x2), China (x2), Morocco (x2), USA, Tunisia, Gabon, Austria, and now Israel all hosting them. I’m surprised the powers-that-be in England haven’t seen the pound signs flashing with that idea. How long until the Community Shield is being touted to the highest bidders around the world?

Which player from your hated rivals do you have a soft spot for?
Stuck in a random YouTube video black hole, I stumbled across a video of some of Andy Cole’s goals from his Manchester United days. What an absolute beast of a striker. The way he hit the ball clean and true was glorious. I feel like I never hear this guys name mentioned in talks about the best English forward of all time nowadays. He is the third highest goal scorer in Premier League history.

It had me thinking. Which player who played/plays for your most hated rivals would you say you have the biggest soft spot for? This doesn’t necessarily have to be the best player, but the one that perhaps most transcends the primal hatred for you. For Arsenal fans, pick a Spurs player and vice versa. And so on with the other teams. For example a friend who is a Manchester United fan has a massive man crush on Robbie Fowler. Absolutely loves him and regards him as the best natural finisher he ever saw.

Lets call it mutual appreciation day in the comments and mailbox to extinguish some of the hatred. And come on lads, no banter answers. Let’s keep it nice and friendly.
EL GAUCHO

Do you want to build a football team?
In response to Finlay about teams built around an individual working well…I can think of a couple!

Think about Andrea Pirlo. He couldn’t/wouldn’t run much, so Ancelotti put in Ambrosini and Gattuso to do the running for him and let him do what he did best. It worked out. Allegri came in and wanted to implement his system rather than play to Pirlo’s strengths, so he let him go to Juventus (who had not won a league in years) on a free. Conte implemented a 3-5-2 with two hard workers to let Pirlo do his stuff. It worked well again.

Defensively you could also make an argument about pretty much the entire John Terry era at Chelsea. You had to build the team to play a deep defence because JT had no covering pace. I think that trophy count would indicate that it worked as well.
Mark Barbara

Thiago love
I had a dream that I saw Thiago Alcantara hit a 30 yard, downward trajectory, daisy cutter half volley that nutmegged a defender on its way into the net without touching the ground.
Gerard, Belfast

…Thiago’s strike was pure and beautiful, but also weird.

It clearly wasn’t a daisy cutter. The initial downward trajectory tells me it must have hit the ground, but the maintained velocity tells me it didn’t.

Could Michael Owen actually be right in calling that a ‘skimmer’?
Aidan, Lfc (daisy kisser would never catch on)

Resenting the ad-padding
Ed Quoththeraven, speaks about advertisement in football at half time, and I’ll admit it is annoying. The thing with football is 45 minutes and a 15 minutes break before another 45 minutes. 100 minutes max, I can plan life around it. Take an NBA game, it should take 60 minutes, but it’s usually 2.5 hours. It’s all the add padding, the clubs have to make money advertising.

Halftime is a tradition, and if they need another 5 minutes advertising insurance, I’m ok with that, what I’d hate is watching a game and all of a sudden a split screen appears advertising some sort of cookie or cereal. I don’t particularly hate ads, but I’d like to choose not to see them.
Dave (Chelsea are on fire), Somewhere

Bad news for Arsenal?
Well Silent Stan just lost $750m to the city of St. Louis in an NFL settlement lawsuit. Not enough for him to sell but enough to impact the next few transfer windows. Just another feel good rainbow for Gooners under the Kroenke ownership nightmare.
Ken, expat St. Louis Gooner and repeated Kroenke screwee

Are Derby becoming my second team?
I’m sure most the mailbox will be filled with Champions League posts, and fair enough. My team Liverpool are on a ridiculous run of form in this competition, and despite all the changes looked like they could have moved through the gears at will if Porto had scored. I would love it if Atletico finished bottom as well. Nothing less than that little @ of a coach deserves. Thiago’s goal made me make a noise I usually reserve for special moments on my birthday. You don’t really notice with Salah any more do you? You just kind of expect it and say “of course he did”.

Anyway, I actually wanted to give a bit of kudos to Rooney and the Derby players. Despite everything going on, they seem to have a great attitude and spirit, and Rooney seems to be doing a very good job. They’re picking up points against the big boys and seem to be making a fight of staying up. It would be so easy for them to accept their fate and go down with a spectacular whimper, so just having a point on the board deserves a nod in my book. I don’t watch much, if any, Championship football, but am finding myself making a point of looking out for Derby and quietly rooting for them. Who doesn’t love an underdog?
Sam In Manc (last day of covid isolation before tomorrow’s freedom day)