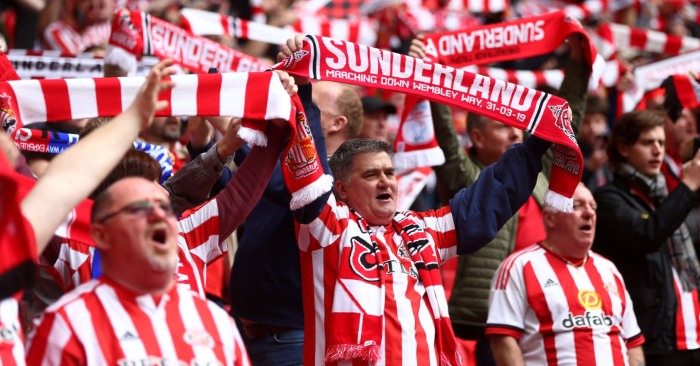 Everyone – and I mean everyone, right down from you reading this piece, to your next door neighbour’s backpacking niece somewhere in the outer climbs of Peru – loves a pre-season prediction. The end result is almost always being told ‘you’re wrong. How could you put us 18th? We’re definitely going to finish somewhere between 15th and 11th’. But the one vision everybody seems to share this summer is that the top three in League One will be some order of Ipswich Town, Portsmouth and Sunderland. Well, not quite everyone.

Of course, if we were to rank League One sides based on their history and stature, then the eclectic mix of Tractor Boys, Black Cats and Pompey would certainly be in those upper reaches. But like every season, it feels like many have been caught out like rabbits in fame-blinding headlights in naming those three sides as shoo-ins for a return to the Championship.

And of course, none of those predictions come without merit. We’re not talking the odd Twitter account here; some of the most respected podcasts and EFL pundits have backed that triad to strike League One gold, silver and bronze.

But on what merit? In the past 12 months, Ipswich became one of the worst sides to grace the Championship, for whom much of a late, slight reprieve was afforded by loan players who have not returned to Portman Road.

Their transfer business has been credible, but not much better than any other League One contenders. Those 29 goals in League Two for James Norwood make him an interesting acquisition, but already in the prime of a career spent largely in non-league, questions will be asked over his ability to adjust to another new division.

Goalkeeper Tomas Holy is proven at this level, but largely with a club fighting at the other end of the table in Gillingham, and with manager Paul Lambert on a horrid personal run in hot seats at various clubs, this appears to be a club that should get set for more than one season in League One.

Sunderland meanwhile, conspired to lose a play-off final they reached despite a near-record number of draws and after being afforded the easiest Wembley lead in history, and despite having the fire-starter Will Grigg amongst their ranks, still look incapable of outscoring the majority of third-tier sides thanks to a clear lack of abundance in creative flair behind the frontline.

Those problems are worsened by captain George Honeyman’s impending move to Hull City, while the majority of the Black Cats’ summer acquisitions are players who have failed to shine at this level – albeit with smaller clubs, ambition-wise. George Dobson is a steady third-tier midfielder, while defender Jordan Willis is preparing for his first ever professional campaign outside Coventry City.

Marc McNulty has never reached double figures at this level and just one Championship goal last season with Reading won’t have done his confidence any good at a club where such a quality is vital in front of a crowd which craves success.

Portsmouth meanwhile, have a League One promotion expert in charge in the guise of Kenny Jackett and, of the three, look to have the best shot of a promotion that everyone has come to expect. Summer signings in the form of wingers Marcus Holness and Ryan Williams, added to the now-expected non-departure of Jamal Lowe, with Ellis Harrison and Sean Raggett joining the attacking and defensive ranks, make Fratton Park a more likely destination for 2020/21 Championship football.

But the south coast outfit are not without challenges, having lost arguably the best defender in League One last season, Matt Clarke, to Brighton and Hove Albion, while their top scorer last campaign was Lowe, who just broke into double figures and may yet still depart for pastures new.

The addition of Doncaster Rovers striker John Marquis is one to keep an eye on, having netted 21 times for last season’s fellow League One play-off semi-finalists in 2018/19, but this is a Pompey side very much capable of playing up. It should not be forgotten that last season they won just once in 2019 before early March – a miserable run which coincided with the drop from near-promotion certainties to play-off challengers.

Promotion should be – and is not – a foregone conclusion for any one of these sides. One, they all have pitfalls in their squads which belie their big name status, and two, there are a multitude of sides in the division who will be looking to prove the naysayers wrong.

Rotherham United are stronger than when they were last here, a campaign which coincided with promotion, while Peterborough United are back under the tutelage of Darren Ferguson, who has guided the Posh to three promotions in two previous spells at London Road.

Lincoln City are riding the crest of an Impish wave and smart acquisitions added to an already exciting squad could see them replicate Luton Town in climbing up the Football League ladder.

Blackpool too, are on a high. Having finally rid the club of the Oyston family and with Simon Grayson back in the dugout he occupied so successfully over a decade ago, could another promotion to League One be back on the cards?

Two years ago, Shrewsbury Town were surprise packages in reaching the play-off finals and they could be dark horses once more. An already young and exuberant squad is being finished off with smart loan signings and experience in the form of shot stopper Max O’Leary and Aaron Pierre.

None of this is to say that Ipswich, Portsmouth or Sunderland are not capable of promotion. Just like every other club in the division, they have strengths and weaknesses, but it is not a foregone conclusion that by far the three biggest clubs in the division historically, will be getting the promotion their history ‘deserves’.

Who would have predicted this time last year that Luton Town, Barnsle  and Charlton Athletic would be the clubs gracing the division above come this season?

Reputation and history isn’t everything, and you can fully expect that to be the case again this season.