Home Home Page Front Page Why we needed the Gay Footballer to be real…. 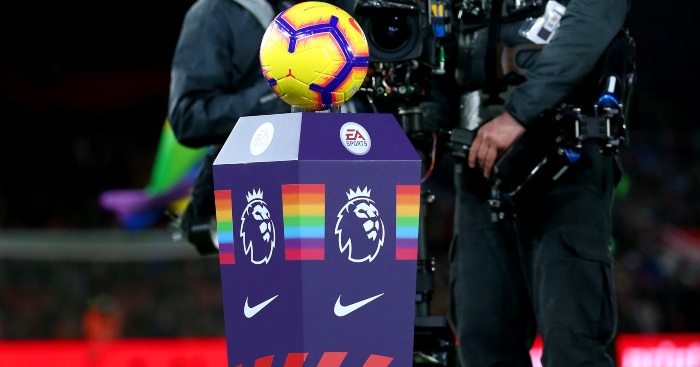 This week, many of us were expecting – hoping – to usher in the news that a Championship footballer had become the first openly gay player in a professional league in England since Justin Fashanu in the 1990s. It would have been a major, milestone moment for the sport – which still has its issues with homophobia – and it would have been a chance to prove that football has moved on from the days when Brian Clough asked Fashanu why he kept “going to that bloody poofs club”.

But, having tweeted previously that he would reveal his identity, the person behind the Twitter account @FootballerGay u-turned on Tuesday night, saying: “I thought I was stronger. I was wrong.”

He went on to add: “Call me all the names under the sun, belittle me and ridicule me, a lot will, and I can’t change that, but I’m not strong enough to do this. Just remember that I’ve got feelings, without coming out I can’t convince anybody otherwise, but this isn’t a hoax. I wouldn’t do that.”

It’s important not to go all in on attacking whoever is behind the account and I want to be clear that this is not my intention. There are all kinds of possibilities here, though none of them are particularly appealing and all are somewhat unpleasant. It’s either a hoax or a prank, a gay footballer who hasn’t had the support they need to make the next step towards coming out, or a gay footballer who has decided that the environment is not right for them to be open about their sexuality.

Whichever way it’s framed, it’s pretty grim. And the suspension of the account means we may never know the answer.

@FootballerGay nearly 50k followers. Presumably most will back/praise you immediately, and millions will follow. Just tweet your name pal.

Many will immediately go on the offensive, questioning why anybody even cares about a footballer’s sexuality. Surf to the comments on any story on this subject and it’s filled with people suggesting that who a player dates is their own business and does not impact the way they perform on the pitch. While it’s an admirable position to hold, it’s a view that is filled with the naivety of growing up straight in a very hetero-normative world.

It should be said here, too – this isn’t a criticism of those people. It’s a position that’s born out of a positive reaction, but it simply misses the experience of both LGBT players and fans. There IS a problem with homophobia in football. If there wasn’t, the environment would be such that we wouldn’t have anonymous ‘Gay Footballer’ Twitter accounts popping up and a player would just feel comfortable to be seen with or to talk about their same-sex partner. They don’t – yet those players definitely exist.

That’s why, perversely, the first openly gay footballer since Fashanu is a big news story. It has to be in the papers. It has to be on television and on the radio. And it has to come with the message that the sport is ready and supportive, meaning the reporting needs to be both sensitive and non-sensationalist.

There are LGBT football fans who grow up desperate to see that public figure prove that who they are and what they are is perfectly fine. Just because there’s gay marriage and a person can no longer be fired simply for being gay does not mean that homophobia is over. It’s easy to forget just how young LGBT people can feel. It’s lonely and takes an awful lot of courage to come out.

Look at the news recently and you don’t have to search hard to find a story about how an LGBT person or couple have been attacked, abused or assaulted. Every season, there are reports of homophobia in one of the top football grounds in the country – and many more incidents that go unreported. That’s why that representation is important and it’s why, while well-meaning, the attitude that it doesn’t matter who sleeps with who in the privacy of their own home is actually not true.

For many gay football fans, there is that early cognitive dissonance. After accepting and understanding your own sexuality, it’s then confusing to find that you don’t fit easily into the category of football fan. Except, you should. Can you imagine how influential an openly gay, successful player in the English leagues would be in easing that discomfort?

As for @FootballerGay, let’s not go in two-footed. If it’s a real gay footballer, then it’s clearly someone who doesn’t have the support they need and it’s that absence that we should criticise. If it’s a hoax, then let’s move on and hope that next time is not a false dawn.