Home Mediawatch Why ‘wild, floundering’ Sarri is just another Scolari… 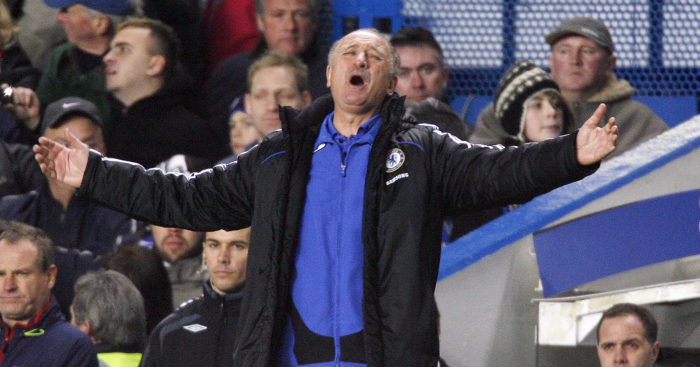 Terrible #1
Save for one notable example, the British press dealt with the devastating and tragic story surrounding Emiliano Sala with respect, attentiveness and decency on Wednesday.

If that does not feel like a point that should still have to be made in 2019, let the Daily Star change your mind.

What a dreadful front page. pic.twitter.com/lSWjzrH77Z

That is crass, that is abhorrent and that is irresponsible. The post in question was made more than a day ago, has since been deleted and has no inside information of any sort.

Also, why is the picture of Berenice Schkair about four times the size of Emiliano Sala’s? That truly is a conundrum for the ages.

A man has very possibly lost his life in dreadful circumstances, and you are trying to shift newspapers with a front-page picture of his ex-girlfriend? You utterly soulless ghouls.

Terrible #2
Not to be outdone, The Sun online are running a feature titled ‘Who is Emiliano Sala’s ex-girlfriend? Berenice Schkair claims the ‘football mafia’ are behind the plane crash’, the entire content of which has been pulled from her profile on a modelling website.

Then there’s the Daily Express website, who are asking: ‘Emiliano Sala girlfriend: Who is Berenice Schkair – why is she deleting Instagram posts?’

And why are you just terrible people?

Hazard warning
An actual transfer happened last night, as Gonzalo Higuain became only the 13th player to join a Premier League club this month. It was pretty big news, all in all.

But was it worthy of a back page by the following morning? Of course not.

The Sun go for a headline of ‘HE HAZ TO DO MORE’, with Andrew Dillon telling us that ‘Maurizio Sarri has launched an astonishing attack on Chelsea superstar Eden Hazard’.

The Daily Star copy what was clearly an absolutely genius headline, as Tony Banks says the Chelsea manager ‘stuck the boot’ into his best player.

“Sometimes I prefer him when he speaks with his feet.”

“The potential is higher than the performances, I think. He has to respect, first of all, himself. He has to do more.”

Oh my. Manager asks for more from player. Is this the end of their working relationship? How can they possibly continue?

Ooft, “very important” and “one of the best in the world”. That has to hurt. Apply lukewarm water to the affected areas, Eden pal.

Stinging the Blues
Neil Ashton uses those quotes to tell us that Sarri is ‘making a spectacle of himself’, and that his criticism of Hazard ‘seems plain daft’.

‘He should have been talking him up, putting on some mood music before Hazard takes to the field against Spurs.

‘Instead, he took him out.’

Or he called him “one of the best in the world” while still asking for a little bit more, as any good manager does of any good player.

‘It was a pretty stupid thing to do. Hazard, an orthodox left-winger, has made it perfectly clear that he is not a regular No9.

‘Sure, it worked well in a one-off against Manchester City, when Sarri pulled Pep’s pants down at Stamford Bridge. Nobody, with the exception of their head coach, thinks it could work out long-term.’

That will be the same ‘head coach’ who just signed a new ‘regular No 9’ on loan. Higuain is literally taking that shirt, Neil, he’ll probably be playing there from now on.

Ashton goes on to tell us that ‘Hazard’s protest performance’ against Arsenal ‘broke Sarri’, whose ‘outburst’ was ‘wild and illogical’. The Italian is ‘floundering, with the scale of this job threatening to overwhelm him’.

‘He should be alert to all this, on the ball as he works out a way to challenge the domestic dominance of Manchester City.

‘But Sarri is miles away from that.’

Sarri started miles away from that. Chelsea finished 30 points behind Manchester City last season, and are 13 off top spot – and nine behind City – this. If anything, he’s done bloody well in closing the gap.

But Ashton doubles down by suggesting there are ‘some obvious similarities to the difficulties “Big Phil” Scolari faced at Chelsea’.

Aside from both of them being foreign, and their surnames sounding vaguely similar, would you care to divulge?

‘Chelsea’s players chewed him up and spat him out within six months.’

And Chelsea could reach a cup final within six months of Sarri’s appointment if they beat Tottenham on Thursday. Scolari was sacked for being fourth in a three-horse race for the title, the Blues sitting behind Aston Villa when he was removed in February 2009. Sarri, at the absolute worst, has England’s fourth-best squad in fourth place.

Chelsea are four points behind Tottenham, and still in four competitions. If you expected much more, you were silly; if you think Sarri is ‘floundering’, you are foolish. And if you will write how he has been an instant success at Chelsea and has triumphed over player power if they reach the Carabao Cup final, you are Neil Ashton.

Hig’s ear of it
Reads the Daily Mirror‘s subheadline to their Gonzalo Higuain story:

They are fourth in the Premier League, on course for Champions League qualification, and are still in three cup competitions. What are they ‘saving’ again?

Own Scholes and gaffes
Said Paul Scholes to the assorted media:

“For 20-odd years, from leaving school, I’ve always had something to try to achieve at the end of it.

“It was usually trying to win a trophy. Then you spend five or six years in the media and there’s nothing to achieve.

Or whoring yourself out for work as a manager?

Because he should know?

Recommended reading of the day
Andy Hunter spends a day with Accrington Stanley.

Tom Hamilton on Frenkie de Jong and the Ajax model.