Home Mailbox Why would Barca buy Rashford when Welbeck is free? 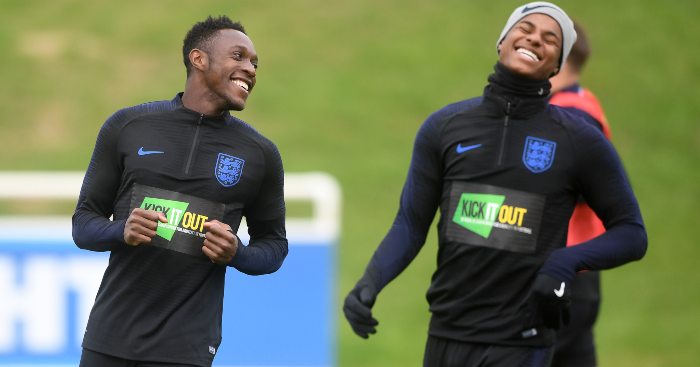 Get involved! Send your mails to theeditor@football365.com…

All aboard the Frank and Ole trains
First of all I put my hand up, in the mail box this morning in my rush to send a mail I gave Arsenal credit for the Treble instead of the invincibles

Now on to my gripe can Football365 stop complaining about how Lampard and OGS have been over promoted into their roles and give them the opportunity to actually do the job and then fail/succeed.

You mentioned the former players who didn’t make it as coaches at Utd/Chelsea and conveniently forgot the reigns of Hoddle and Vialli who ended up being one of the more tolerable managers that they’ve had , Chelsea have tried every most of the established names that are available (Allegri wants a year out and will want to spend unless the plan is to once again call up a crusty old Portugese bloke or Laurent Blanc who is slowly morphing into a continental Alan Curbishley there aren’t that many good managers they hhaven’t tried once they are a victim of their own policy,

OGS arrives after United have tried the chosen one who had premiership pedigree and had over achieved and two of the best managers of the last 20 years.The advantage both have is that they will get some leeway I read an article on this very site which alluded to how the management of Barca protected Pep at the start.

Hiring a guy who used to play for you can work or blow up in your face,then again you can hire someone who has worked wonders somewhere else and it blows up in your face no one knows yet how Zidane will do away from Madrid for instance so let’s hold judgement till they at least had a chance unless you want Sam Allardici to have a chance between Pints.
Timi, MUFC

Rash judgement
I’m so bored of the Rashford to Barca story that pops up every few weeks. Does any reader of this website believe that a club like that would seriously be in for a guy that scores a few goals a season? He’s a 20% upgrade on Danny Welbeck. He’s a good player but surely it’s just his agent trying to get a massive contract out of Ed. To be fair I reckon he’s the only one that will fall for it and will pay him £300k a week by the time the season starts.
Watching the goings on at United these days is just delicious
Duck

Don’t blame it on Traore
I know a lot of people are a bit antsy about all the Pogba stuff at the moment but can we leave Djimi Traore out of it, he may not have the quality of a Maldini or the feet of Ronaldo but what he did have was a backbone, a willingness to try his best, put his body on the line and be a team player, they all seem to be things Pogba is missing. And of course the champions league medal too!
Dave (Off to PSG with you) Dublin

Italian jobs
Interesting question from Steve, Belfast, about Italian football merry-go-rounds. Having followed Serie A since the 80s, it never struck me as an oddity, it just was. Certainly it’s not a new phenomenon, for example in the 80s Aldo Serena played for Inter, Milan, Juventus and Torino, Virdis played for Juve and Milan, Zoff and Altafini swapped between Napoli and Juve, and I’m sure there are many more examples. It certainly accelerated in the late 90’s and early 00s, when player merry-go-rounds between clubs were used to inflate everyone’s accounts. Milan and Inter were primary culprits, though everyone was at it (and Inter, being Inter, managed to give Cannavaro for Carini, Seedorf for Coco and Pirlo fur Guglielminpietro). Basically clubs would do a player swap of players whose book value was, say, E10m, and value the swap at E20m. Then they would write a E10m profit into their Profit&Loss for the sold player, and enter the new player as a E20m asset in their balance sheet to replace the previous E10m player. Of course the extra E10m was purely fictional value, and the artificially inflated balance sheets were just papering over the cracks. Of course in the end it all came crashing down, with Lazio, Parma, Fiorentina and Napoli among the victims.

That particularly Italian pragmatism that meant that no club or player would turn down a good enough offer simply because it came from a rival. When news came out of Roberto Baggio’s move from Fiorentina to Juventus, for example, Fiorentina fans turned the streets of Florence into a riot zone for two days. The Fiorentina directors, shrugged, looked at the number of zeroes on Juve’s cheque, and went ahead with the sale anyway. The same professional mentality is with the players and coaches. Sure, they have affinities with clubs, but they are paid to do a job and will do it wherever they see professional opportunity. Long before Conte, Trapattoni had swapped Juventus from Inter, making the transfer directly rather than going via a third club. Trapattoni had come to Juve directly from Milan, and after his spell at Inter went straight back to Juve.

Arsenal have caught on to Moneyball
I watched the film Moneyball a few weeks back, about a baseball league team manager who hires this young economics whizz who creates a computerised databse which identifies undervalued but over performing baseball players. The premise is that although non of them are outstanding players, collectively they would rack up significant runs to win baseball games.

As an Arsenal fan (and a strong advocate of firing Stan and Josh Kroenke into space) I fear this is exactly the model that Arsenal are now built on. Forget any high profile players, period. Any player who is a drain on the wage bill, remove. And only get in the cheapest, but under valued players out there.

Although I am very, very skeptical of this model, I am warming to the idea that at all times, Arsenal players will be running around the pitch holding a baseball bat. The beautiful football may be gone, but now so has the soft underbelly of Arsenal Football Club.

Breakthrough stars
I’ve previously written in with a non-England-ladder 11 and some of those have now been promoted to your real European Finals ladder – Grealish, Chilwell and Abraham among them.

So I set about doing this again, but this time I’m ignoring the redemption stories – Sturridge and Wilshere are never coming back no matter how much I wish this would happen. Oh and I’m not sticking to 11 either.

So here’s my list movers I think have a chance of gatecrashing the England scene this season. I’ve largely gone for youngsters who are likely to get premier league minutes this season, although I’m gambling here on some rumoured transfers materialising and some fringe players breaking through to the first team. So here they are:

Goalkeepers – the F365 ladder had this covered with Henderson and Gunn. But could Pope make a return? (oh sh*t, I’ve broken my rule already!)

Defence – Aaron’s will surely be in the top 50 by the end of the season, I also expect Holding and Maitland-Niles to find a way back in. Then there’s Chris Mephan and Reece James as outside shouts.

Midfield – Plenty here. I expect Harvey Barnes to kick on at Leicester (if he can improve his finishing), Lewis Cook will be back, Hamza Choudhury impresses me more and more. Then there’s Dwight McNeill who must be some player to break into a Sean Dyche Burnley side at 19. Then there’s Willock and Smith-Rowe at Arsenal who look to be the real deal. Also if Lookman gets a move he might bounce back. Oh and Sean Longstaff looks alright.

Forwards – Game time looks hard to come by for a lot of the young strikers, but Che Adams (if he gets the right move) looks promising. Hopefully Brewster, Nketiah or Greenwood catch a break. Then there’s Solanke, which could go either way.

So there you have it, essentially a long list of potential breakthrough stars for the season. Anyone I’ve missed at your club you have high hopes for?
Jamie, LCFC

Fans first?
Has anyone else taken the opportunity to apply for Euro 2020 tickets yet? The application window opened this week. I mention this as the ticket categories and pricing for the Wembley final are as follows:

…I was going to stop and think of a punchline, but really, do we even need one at this stage?
Oliver Dziggel, Geneva Switzerland

Olivier’s award
Whoa whoa whoa, slow your roll chaps before we all say something we regret. I’ll give you Djimi Traore and Bernard Diomede but Olivier Giroud is a great player and I’d give my hind teeth to have him back at Arsenal.
SC, Belfast (he’s so dreamy too)