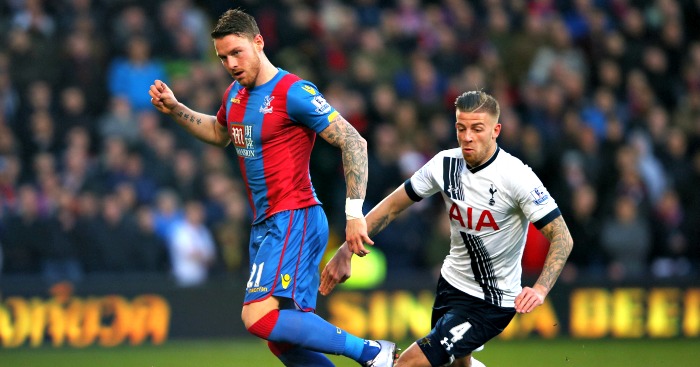 Connor Wickham could face a three-match ban after being charged for violent conduct by the FA.

The Crystal Palace striker is alleged to have elbowed defender Jan Vertonghen in Tottenham’s 3-1 win at Selhurst Park on Saturday.

The incident was missed by the match officials, but the charge comes after it was reviewed on video.

A statement from the FA read: “Connor Wickham has been charged for an alleged act of violent conduct which was not seen by the match officials but caught on video.

“The Crystal Palace forward was involved in an incident with Tottenham Hotspur’s Jan Vertonghen in the 69th minute of the game on Saturday (January 23, 2016).

“The matter was referred to a panel of three former elite referees who each reviewed the video footage independently of one another to determine whether they considered it a sending-off offence.

“For an FA charge to follow the decision by the panel must be unanimous.

Should Wickham be found guilty, the 22-year-old would likely miss Saturday’s FA Cup fourth round tie with Stoke, plus the Premier League fixtures with Bournemouth on February 2 and at Swansea on February 6.