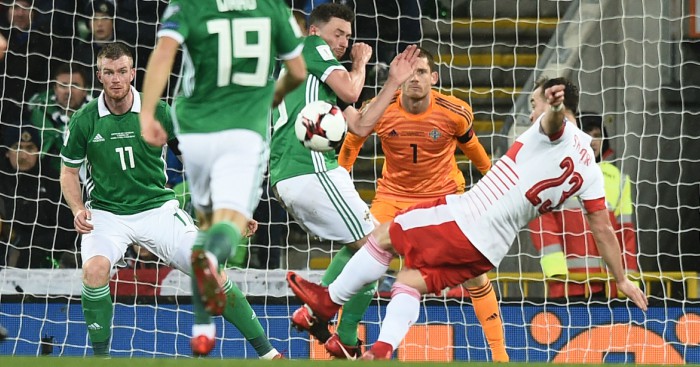 The wife of Northern Ireland’s Corry Evans has sent some vile tweets about the referee who awarded a penalty against her husband.

Evans was penalised by Ovidiu Hategan for handball in their World Cup qualifying play-off against Switzerland, but replays showed that it was an appalling call.

Hategan came in for expected criticism after the game, but Lisa Evans’ Twitter account went further than most.

‘I think you need to demote a few of your officials after tonight’s shocking big decisions,’ Evans tweeted. ‘Embarrassing’.

‘Romanian gypsy c***. And to think Northern Ireland has probably homed one of his smelly relatives. Ungrateful twat. Anyway, onwards and upwards.’

Yes, because what better way to follow up a racist and hateful rant than with a little quasi-philosophical epithet.