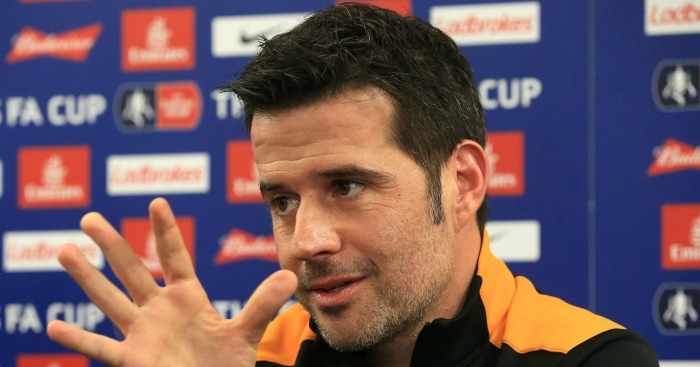 Wigan have signed veteran defender Alex Bruce and 21-year-old winger James Weir from Hull on loan until the end of the season.

The duo become Wigan’s second and third arrivals of deadline day following the signing of goalkeeper Matt Gilks from Rangers for an undisclosed fee.

Latics manager Warren Joyce believes the experience of Bruce, 32, could prove crucial as his team battle to stay in the Sky Bet Championship.

“Alex knows this division inside out, he is street-wise and understands exactly what we need over the next three months. He adds tremendous competition to the squad,” Joyce said on Wigan’s official website.

Weir came through the academy at Manchester United, where Joyce was coach with the reserves.

“I know James well, he has great potential,” Joyce said of the England Under-19 midfielder.

“James is a tremendously versatile, hard-working boy who can play in a number of positions, including as a winger, and I am delighted he has agreed to come to us.”

Former Scotland international Gilks, 34, has joined Latics on an 18-month deal after passing a medical at the DW Stadium.

“Matt adds competition to the squad and we are delighted to welcome him on board,” Joyce said.

“He’s a highly-experienced keeper who has played in every division and knows the league inside out.

“We are delighted to have been able to secure his signature.”

Wigan also announced the departure of Billy McKay to Inverness on loan until the end of the season.

Latics terminated the striker’s loan spell at Oldham in order for him to rejoin Inverness, where he scored 64 goals in 141 games before linking up with Wigan in January 2015.

Also leaving Wigan was Jordi Gomez, who has joined Rayo Vallecano on a deal until the end of the season.

The 31-year-old Spaniard has scored three goals for Latics this term, including a late winner at Cardiff in October.

Gomez returned to Wigan for a second spell in August last year having left the club for Sunderland in May 2014.