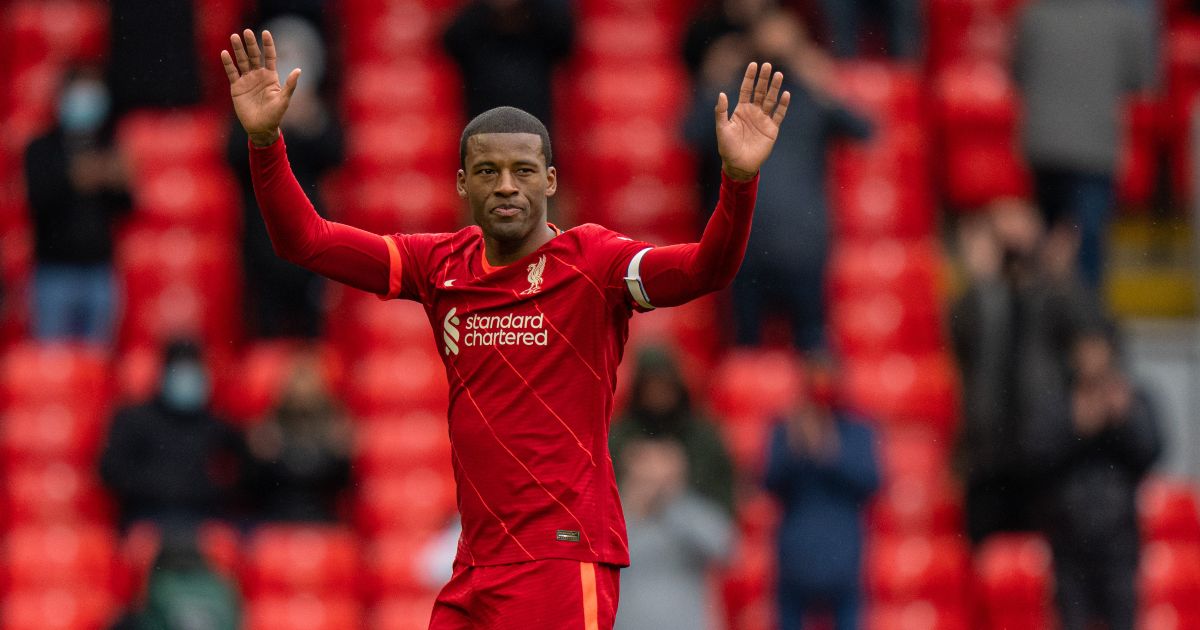 The 30-year-old moved to Paris Saint-Germain on a free transfer this summer after his contract at Liverpool came to an end.

Wijnaldum – who moved from Newcastle for £25million in 2016 – made 237 appearances for the Reds and played a huge role in them winning both the Champions League and Premier League in his time at the club.

But the Dutchman has revealed that he sometimes felt unloved in his time with Liverpool, not by people at the club, but from “the other side”.

Wijnaldum’s final game for Liverpool came in a 2-0 home win over Crystal Palace, which secured Champions League qualification for Jurgen Klopp’s side next season.

He was applauded by the crowd and lauded by Klopp, while team-mates and coaching staff gave him a guard of honour after the game.