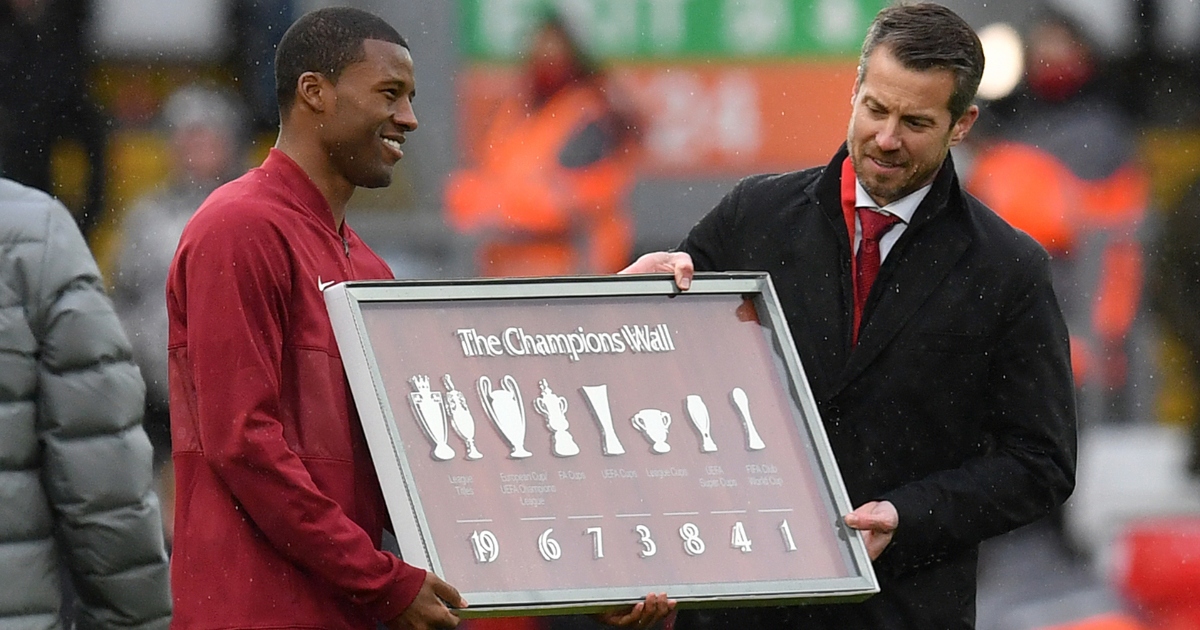 Georginio Wijnaldum has claimed he ‘didn’t feel wanted’ at Liverpool prior to his free transfer to Paris Saint-Germain this summer.

The Holland international spent five years at Anfield after joining the English giants from Newcastle United in 2016.

Wijnaldum had previously commented on his time on Merseyside, saying he “didn’t feel loved and appreciated” at times.

He told The Guardian in July: “There was a moment when I didn’t feel loved and appreciated.

And in a new interview with L’Equipe the 30-year-old has sparked more controversy by claiming the Reds didn’t make him feel wanted during contract negotiations.

“You follow your feeling,” he told the French publication.

“Several months ago, I had expressed the desire to stay in Liverpool but, without going into details, Liverpool did not give me the feeling of wanting to keep me.

“In these cases, we have to move forward.”

After Wijnaldum’s Guardian interview, Liverpool legend Jamie Carragher hit back at Wijnaldum, claiming his assertion was ‘not right’.

‘I love Gini but this is not right, social media is a circus and every club has clowns,’ Carragher wrote on Twitter.

Carra continued to claim that money, not mistreatment, was the main reason for Wijnaldum’s decision to leave, saying:

‘He wanted more money and the club said no, that is football!’

The Reds and AC have only faced off two times before. Both matches were in the final of the competition, in 2005 and 2007 respectively.

Rossoneri star and former Manchester United striker Zlatan Ibrahimovic has been ruled out of the tie due to an Achilles problem.

The injury is not thought to be serious with the striker being rested as a precaution after feeling pain in the area during a training session on Tuesday morning.

He only returned to action on Sunday after four months out with a knee injury, scoring in a 2-0 win against Lazio.