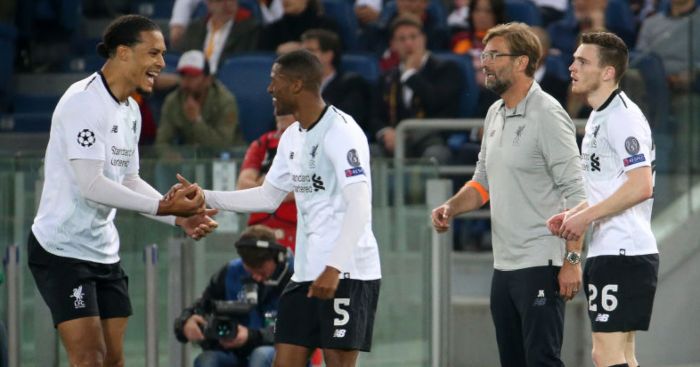 Wijnaldum made the move from relegated Newcastle to Klopp’s Liverpool at the end of the German’s first season in charge at Anfield.

The midfielder has become a key fixture in the side since, becoming a European champion and helping them compete for the Premier League title.

But even in his first meeting with Klopp, the manager was transfixed by centre-half Van Dijk, who would eventually join his compatriot by January 2018.

“Before I even joined Liverpool I had a meeting with Jurgen and during our talks he asked me about Virgil van Dijk,” Wijnaldum told Goal.

“I had always rated Virgil very highly and my exact words to Jurgen were, ‘He is going to make the defence a lot better’.

“So I was not surprised when Virgil won the UEFA Best Player award ahead of Lionel Messi and Cristiano Ronaldo. I actually expected him to win it.

“Virgil has had a blinder of a season and has been so successful. Nothing about him surprises me any more.”