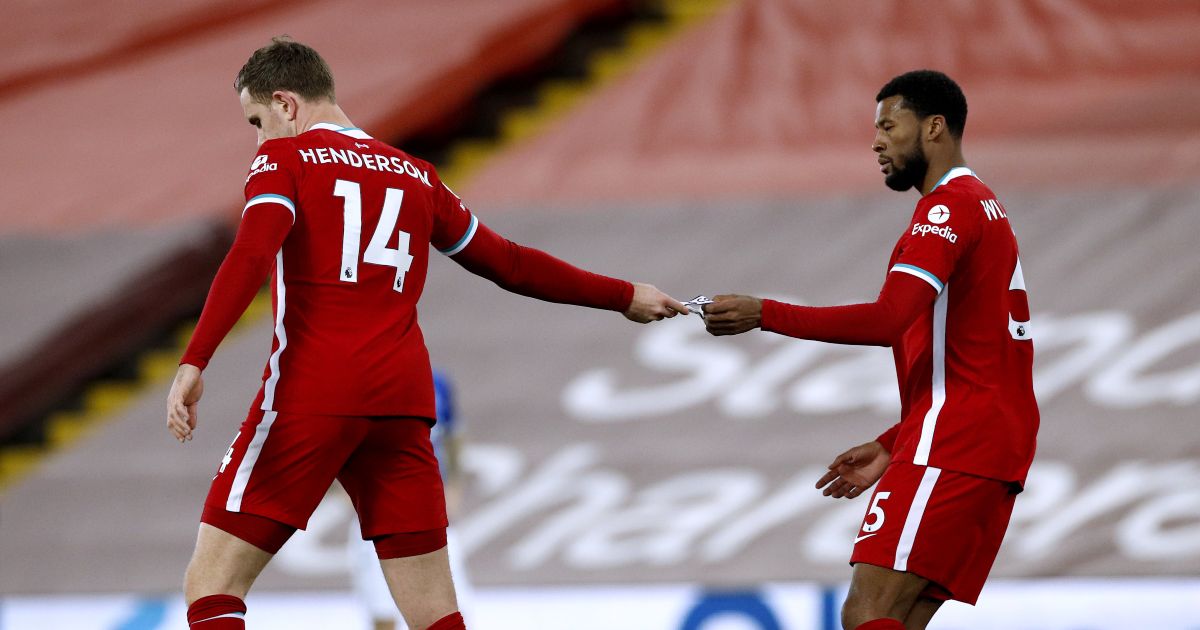 Jordan Henderson’s future at Liverpool is currently uncertain with the club prioritising other deals over a contract renewal for their captain, according to a report.

The midfielder has been key to the Merseysiders’ success in recent seasons with the Reds winning the Champions League in 2019 and Premier League title in 2020.

Alisson and Fabinho are set to sign new deals at the club, while Liverpool are understood to want to renew the contracts of Van Dijk, Salah, Mane, Trent Alexander-Arnold and Andrew Robertson.

However, The Athletic claim Henderson’s ‘future is far from certain’ despite talks taking place over a possible new deal.

The report adds that ‘while talks over an extension have taken place during this off-season period, no real progress has been made’ although ‘dialogue is ongoing but it’s both a complicated and sensitive situation’.

Sporting director Michael Edwards currently has ‘bigger priorities to address in the squad’ and ‘the uncertainty leaves the door open for suitors of the talismanic midfielder’.

Georginio Wijnaldum left Liverpool this summer on a free transfer with Paris Saint-Germain offering him a lucrative offer to move to France.

And The Athletic reckon there ‘are parallels with Wijnaldum’ with Liverpool  – who have ‘a policy of investing in youth’ – not willing to offer him a long-term contract on improved terms.

PSG and Atletico are ‘keeping a close eye on developments’ at Anfield and the uncertainty over his future has ‘alerted the market to the fact that Henderson could be available’.

The report continues: ‘If this was Klopp’s call alone, then talks over an extension would have been a formality and an agreement would already have been signed.’

Meanwhile, Liverpool have been linked with several midfielders this summer. One name which keeps cropping up is Lille’s Renato Sanches and former England goalkeeper Paul Robinson thinks he would be a “success” at Anfield.

Robinson told Football Insider: “Sanches struggled the first time he came to England but players mature and he is certainly an example of that.

“Look at Memphis Depay when he came to Manchester United, it was too soon. Now he has move to Barcelona and is one of the best forwards in the world. Manchester United would take him back tomorrow.

“Players can develop and just because Sanches struggled last time does not mean he cannot succeed this time.

“I am sure Sanches would be a success if he moved to Liverpool. I fully expect him to prove his doubters wrong if Liverpool do get him.”