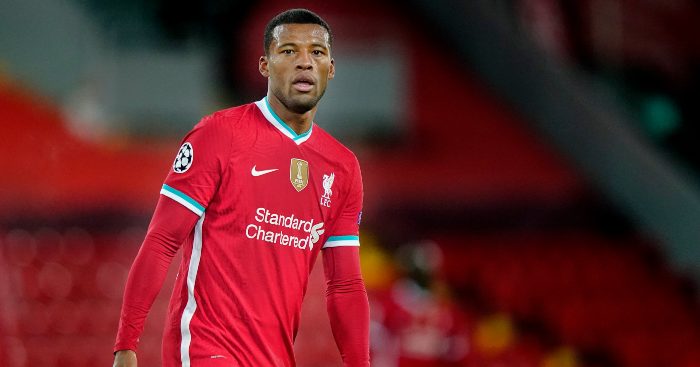 Georginio Wijnaldum has rejected the latest contract offer from Liverpool as he looks set to join Barcelona in the summer, according to reports.

The Holland international is out of contract in the summer, which means he can already start negotiations with overseas clubs, and talks about extending his stay at Anfield have hit an impasse despite Jurgen Klopp clearly wanting him to stay.

He made his 210th appearance – only 29 of which were as a substitute – in just over four seasons in Monday’s 1-0 loss to Southampton.

And now TodoFichajes claims that Wijnaldum has ‘rejected the last renewal offer’ from Liverpool and that the the midfielder ‘does not want to remain’ at the Premier League club.

Wijnaldum is keen to ‘freely choose his next destination’ and has ‘already decided to play in Barcelona next season, where he will arrive at zero cost in summer as the first signing of the new season.’

When asked about Wijnaldum’s future at the end of November, Klopp admitted that “everything is possible” as the Dutchman weighs up his future.

“I cannot really say a lot about that. I would be happy if he would stay here. I am pretty happy with Gini as you can see when you look at most of the line-ups,” Klopp said.