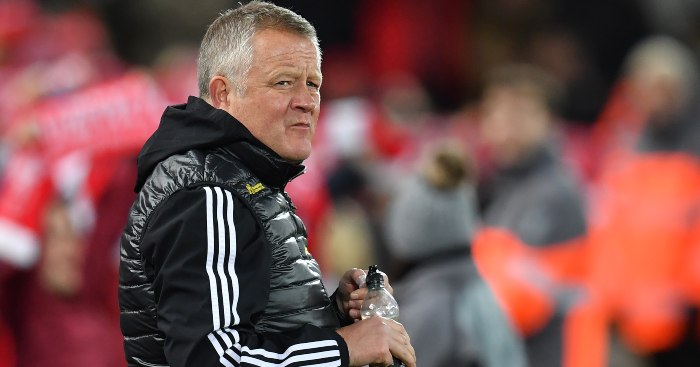 Sheffield United boss Chris Wilder paid tribute to Liverpool’s work ethic after watching his side fail to lay a glove on the Premier League leaders.

The Reds ran out 2-0 winners at Anfield thanks to a goal in each half from Mo Salah and Sadio Mane.

“It was very unlike us, we did not lay a glove on them,” Wilder said on BT Sport 1.

“They were outstanding, and did not really get out of second or third gear.

“They won every first ball, every second ball, ran forwards and backwards, they did that better than us.

“People talk about academy coaches and nonsense about technical and tactical stuff – when we played them at our place, we made it difficult for them. Tonight, they won every first ball, every second ball, ran forward and ran back and they did it miles better than us.

“So when all this nonsense that comes out about coaching, have a little peek at Liverpool tonight. They played in second and third gear but still had the humility to do that as world champions, as European champions, and obviously well on their way to being Premier League champions. They were ruthless.”

Wilder said Dean Henderson redeemed himself after his error in the first fixture at Bramall Lane before heaping further praise on Liverpool.