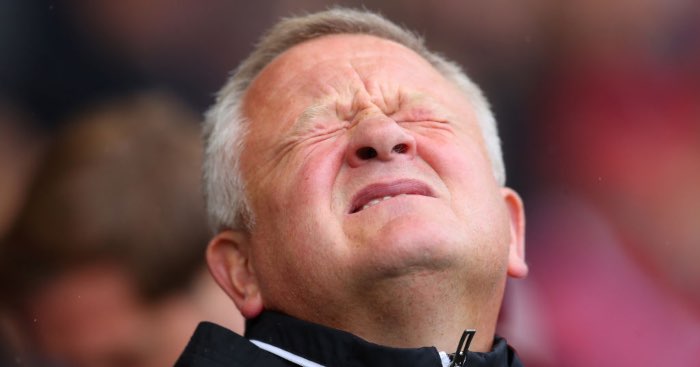 Sheffield United manager Chris Wilder says Dean Henderson must do better after his howler against Liverpool.

Henderson – on-loan from Manchester United – allowed Gini Wijnaldum’s tame shot to slip through his legs for the only goal in the Blades’ 1-0 defeat.

United had given as good as they got until that moment, which ultimately proved the difference in their Premier League encounter.

After the game, Wilder stated he expected the young stopper to take it on the chin, learn and improve.

“If he wants to be a professional footballer, these things are going to happen,” said Wilder.

“He needs to concentrate more. It’s a disappointing day for him.

“I am not going to put my arms around him. Simply he needs to do better.”

United gave a good account of themselves against the Reds, but Wilder admitted the result is what matters.

“Liverpool had an off day and i think we missed an opportunity. In pressurized situations we need to remain composed.

“We were delighted with the shape but there chances came from our mistakes.

“We have had big moments in the game but we did not take them, we had to jump all over it and we didn’t.

“We had enough to get something out of this game but we did not take our opportunities. Points are the most important thing and we did not get points we deserved today.”