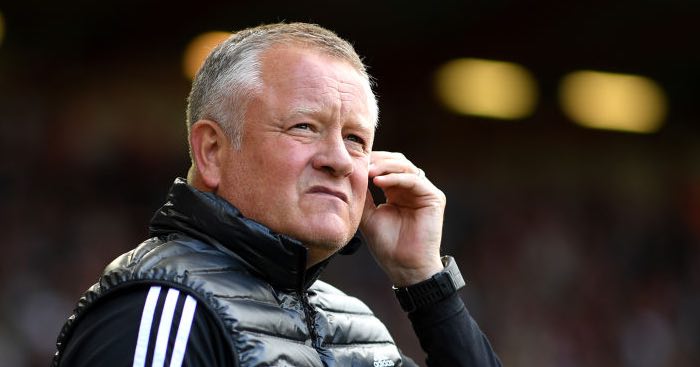 Sheffield United are set to complete the signing of Jack Rodwell until the end of the season.

The former Everton and Manchester City midfielder has been training with the Blades in recent weeks.

“We’re hoping to get that one over the line this morning,” Blades boss Chris Wilder said at his press conference before the FA Cup third-round tie with AFC Fylde.

“It’ll be a short-term deal until the end of the season with the option of extending that.

“Hopefully we can kick-start his career, he’s certainly got the desire and, from a physical and attitude point of view, there are no issues.”

The 28-year-old was criticised for sitting tight on a big salary while in the treatment room or being forced to train with the kids after refusing to leave.

“There might be a club in the north-east who might chuckle over stuff about Jack Rodwell,” Wilder said.

“But there’s two parts to that story. There is a lot of nonsense that has been talked about Jack.

“Maybe the spotlight shouldn’t be shone on Jack, maybe it should be shone on a CEO at the time.

“I’m not a lover of fly-on-the wall documentaries, they’re always looking for a villain.

“I’ve sat down with him for quite a long time and spoke about his career going forward, it aligns with the club’s goals.

“He plays a number of positions and hopefully we can get him going.”

Rodwell, who has been without a club since leaving Blackburn in the summer, could make his debut against non-league Fylde on Sunday.