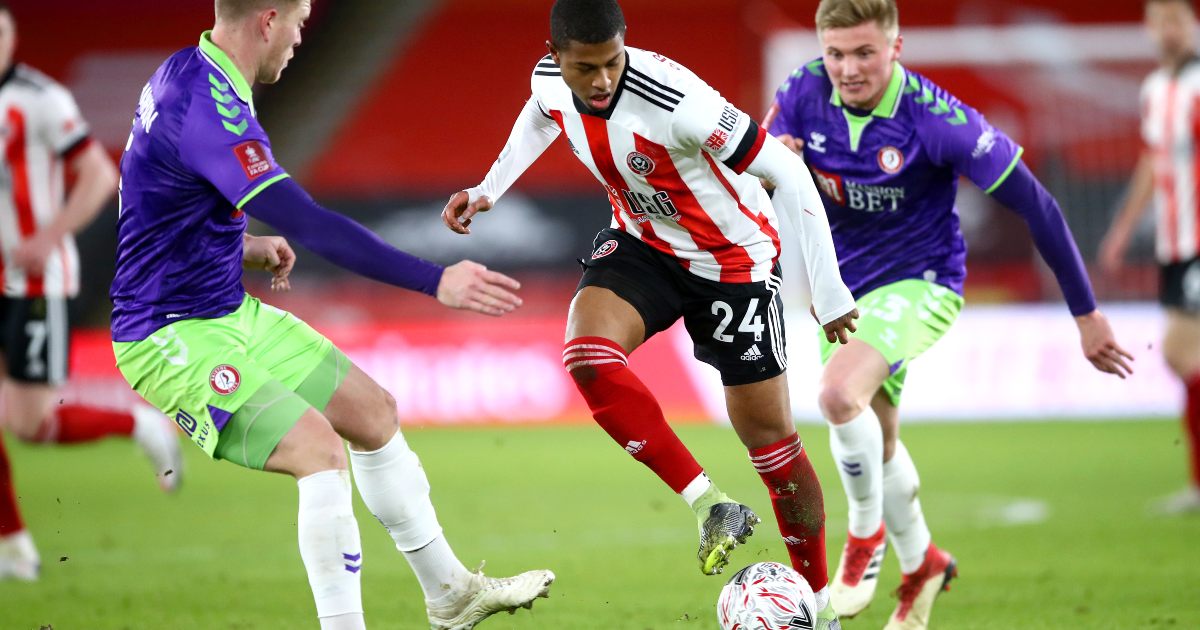 Brewster moved to Bramall Lane in the summer for a £23.5million fee but is yet to find the back of the net after a prolific loan spell at Swansea City, with the former Liverpool man part of a United team that has regressed significantly since their top half finish last season.

Wilder’s men are rock bottom of the league and 12 points from safety, with Brewster’s drought extending to 20 appearances on Wednesday night as the Blades progressed into the FA Cup quarter-finals with a 1-0 win over Bristol City.

Wilder, though, is not giving up on the 20-year-old.

“I have said it all along, Rhian is a natural goalscorer at whatever level, whether for Liverpool, England or on loan at Swansea,” he said.

“Getting over the line and getting that first goal will be key for him and the longer it goes on the more difficult it becomes. He could do with one of those that drops to him, but he gets in good positions and he will be fine.

“It’s a cut-throat business that we are in and a business that everyone makes instant assumptions, opinions and deliveries on what people are about. It’s a tough period for him, but it won’t hurt him. He’s a tough cookie, an east London boy.

“He won’t be enjoying this because he wants to score goals and play well and win. He’ll come through it. It’s a tough learning curve.

“I feel for him because I know how much he wants to do well and how much he wanted to come and join us. He has not shied away from that, he has not sulked, he has got on with it. He has had to play against some tremendous opposition but he will learn from this experience and he’s going to be a good player for us I am sure.”

Wilder is also optimistic that captain Billy Sharp, the elderly statesman figure of the dressing room, will be able to offer the requisite advice to Brewster. Sharp, a striker himself whose 66th-minute penalty earned the Blades victory on Wednesday night, is not short of experience at 35-years-old.

Wilder said: “Billy will be the best person to talk to Rhian about it. He has scored goals right the way through his career.

“He’ll be getting plenty of help from the skipper, as well as David McGoldrick and Oli Mac (Oliver McBurnie), that group and what they are about and what their qualities are as people and footballers. They will be trying to help him and drag him through.”