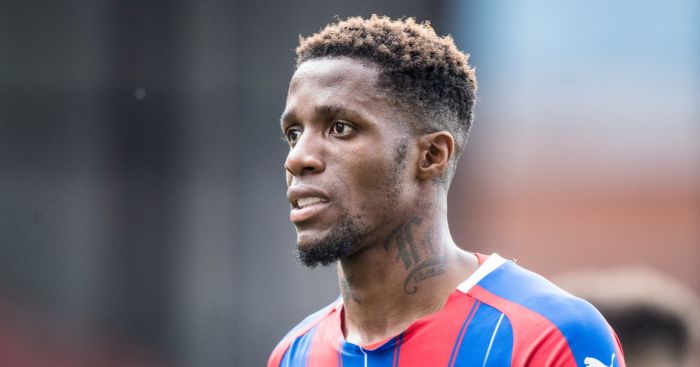 Andros Townsend thinks Crystal Palace team-mate Wilfried Zaha is capable of playing for the “very best in the world” in the Champions League.

Zaha has been expected to leave Palace in each of the last two summer transfer windows, signing a new contract after failing to move in 2018 and handing in a transfer request to try and force the situation last year.

The winger has attracted interest from Arsenal, Chelsea, Everton and Napoli in recent transfer windows, with his recent decision to part with Will Salthouse and link up with renowned agent Pini Zahavi an indication that he still sees his future elsewhere.

Palace boss Roy Hodgson recently admitted that Zaha wanted to leave Selhurst Park, he said: “It’s a dilemma for the club and a dilemma for him if he is so set on leaving.

“If he feels he just does not want to be with us anymore, that would be sad.”

And Townsend claims that Zaha is the “most talented player I’ve ever played” and deserves a chance to play in the Champions League.

“Wilfried Zaha could play for the very best in the world,” Townsend told talkSPORT.

“He’s the most talented player I’ve ever played with and he should be playing in the Champions League.

“I’m very grateful that we have him at Palace, everyone at the club is grateful, and if we have him beyond this window we’d be even more grateful!

“If that’s the case I’m sure he’ll knuckle down and have another great season.

“He deserves to be playing at the highest level, but as long as he’s a Palace player and I’m hopeful it does continue beyond this window, we’re grateful and delighted to have him.”