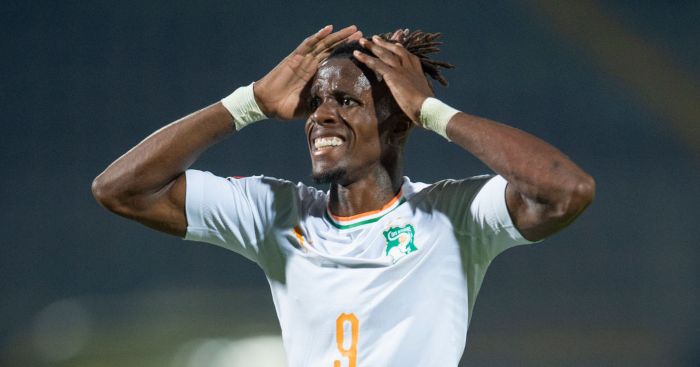 Steph becomes her
If reaching a major tournament semi-final before going down in a blaze of predictable and avoidable glory was not enough to suggest women’s football was starting to gain something approaching parity with the men’s game, The Sun are here to convince us all.

You see, the most regrettable side-effect to an increase in exposure is that we are treated to the same tiresome bollocks that has become part and parcel of the typical coverage. Which leads to this:

This is so shit from The Sun.

'Where was Steph Houghton?' Probably recovering from the most devastating moment of her entire professional career.

Ignore the laboured headline which completely ignores the actual pronunciation of her surname. Instead, focus on The Sun calling someone ‘sulky’ because they didn’t make ‘the walk of shame through the media mixed zone’.

Steph Houghton is definitely the one being childish here.

‘The scenes after England’s World Cup final hopes were shattered were all too familiar,’ we are told.

‘But one question remained: Where was Steph Houghton?’

Here are a few options:

a) Giving interviews to both the BBC and talkSPORT.

b) Trying to come to terms with the most traumatic moment of her professional career in what has been an eminently difficult period of her personal life.

c) Ensuring that talking to newspapers was not her priority, as it never really should be.

d) All of the above.

What do The Sun gain from suggesting Houghton ‘refused to face the music’, despite the fact that she definitely gave an interview to a national TV channel and a radio station? Why are they so eager to point out that she ‘failed to talk to the press that were waiting for her – despite agreeing to speak’, as if it is therefore a contractual obligation she has broken? Whose right is it to state that ‘the role of captain comes with a responsibility to front up, win, lose or draw,’ and that ‘as the face of the team, Houghton should have shown hers’?

Ian Herbert strikes the right kind of note in the Daily Mail – not that someone opting against giving public interviews in those circumstances is particularly newsworthy. The Sun throw their toys out of the pram because someone didn’t speak to them, before describing that person as ‘sulky’. The absolute state.

The Daily Mirror know this. They are also aware of the power of putting a number in the headline, because counting is bloody fun. So we get this headline:

This should be really bloody good…

“I don’t know. We’ll see in the future. I have no comment on it, the only thing that’s on my mind now is trying to win this cup. I’m fixated on is how far we go in the tournament.”

The Mirror will also be devastated/completely not arsed whatsoever to learn that those quotes are from Monday evening. All eight of those words were uttered about two-and-a-half days ago.

To be Frank
‘Frank Lampard last night finally sealed his return as the king of Stamford Bridge’ – John Cross, Daily Mirror back page, with a headline of ‘SHEDMASTER’ and a sub-headline of ‘LAMPARD IS KING OF KING’S ROAD AGAIN’.

And so it begins. Maurizio Sarri finished third behind two of the Premier League’s greatest modern sides, won the Europa League and lost another final on penalties in his first season in English football, all with one permanent outfield signing provided to implement a new style.

Was the mad foreign ever close to being described in such glowing terms? Of course not; he had more than one year of managerial experience when he was appointed. So welcome ‘the king of Stamford Bridge’ (who failed to achieve his primary objective at Pride Park).

Real them in
Perhaps Mediawatch is being a little curmudgeon (surely not?). Lampard is obviously the perfect man for the Chelsea job. Let talkSPORT guest Ian Holloway reveal why:

“QPR fans will kill me, but I’m saying with Frank, the professionalism all his life and the way he is… I’m still moved about the time he scored when he lost his mum and he’s looking at the sky.”

“What I’m trying to say is that he’s a proper person. He’s not just about who he is, he is a real, real human being.”

As opposed to actual robot Maurizio Sarri? Or just your ordinary real human being?

“That’s why I’m excited, I believe Frank and Jody [Morris] will play these young fellas and Chelsea could grow in a much better way, rather than just… instant coffee.”

What on earth is happening?

“Sometimes you’ve got to grow it. You see a lovely orangery and you put a little seed in there and, before you know it, it turns into something beautiful.”

Why the f*** is Ian Holloway putting instant coffee in his orangery?

The Wright stuff
Writes Duncan Wright for The Sun:

‘FRANK LAMPARD may be a returning hero for the fans but he will quickly discover there will be no special treatment to him from the Chelsea board.’

Frank Lampard being appointed on the back of a single season of managerial experience in a lower division is ‘special treatment from the Chelsea board’.

A fish named Wanda
The Sun‘s headline: ‘WAG Wanda Nara jetted to Ibiza to help force through Mauro Icardi’s move to Juventus, according to reports.’

Football365’s revised headline: ‘Mauro Icardi’s agent has flown to Ibiza to hold discussions with Juventus over a move. At least we assume as such because she has posted some pictures on Instagram that we really want to use in a story.’

Recommended reading of the day
Kelly Lindsey on the future of women’s football.