Home All The News Zaha would be ‘superb’ at Liverpool, says Cascarino 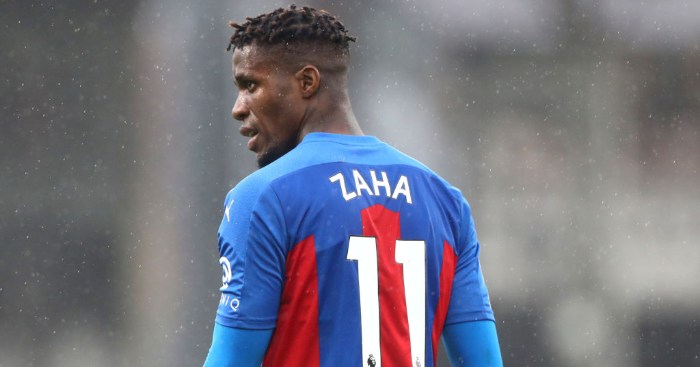 Liverpool should have made a move for Crystal Palace star Wilfried Zaha this summer, according to Tony Cascarino.

The Ivory Coast international rejoined Palace in 2014 following an unsuccessful stint at Manchester United. He soon returned to his best form with his boyhood club.

Zaha is at the start of his seventh successive season with the London outfit. He has linked with a big move away throughout his second spell with the Eagles.

The forward has made 207 appearances for Palace in the Premier League. He has scored 41 goals and he has provided 39 assists in that time. Zaha has started the new season well, scoring five goals in just six games.

Liverpool signed Diogo Jota this summer from Wolves for around £40m. But Cascarino told talkSPORT that he is surprised that Jurgen Klopp’s side have not moved for Zaha:

“He relies on pace. Wilf has got a great turn of foot and he can get past defenders.

“I was surprised Liverpool didn’t go in for him but then they went for (Diogo) Jota and got him for £40million and a younger player who has already stepped in.

“I thought Wilf could have played for Liverpool in the way they play. I thought he would have been superb in their setup. He gave Trent Alexander-Arnold a real hard game at Palace one afternoon.

“Klopp was on and on at Trent to try and defend. There was a penalty and he caused lots of problems for Liverpool.

“He’s good enough. I just feel he’s been priced out of the market slightly. Teams have looked at him and sometimes he’s on the fringes of a game when he shouldn’t be.