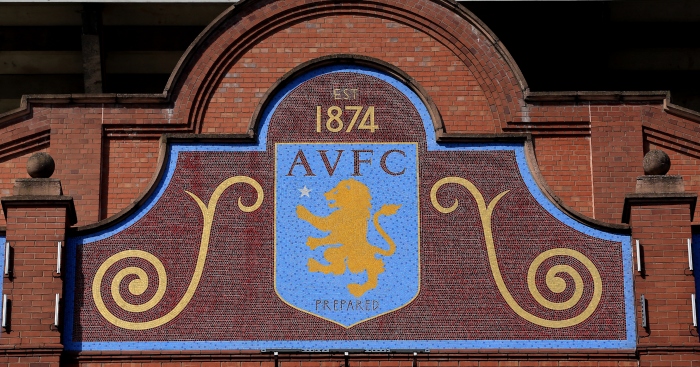 Billionaires don’t tend to be patient. Neither do football clubs burdened by the egotism that comes with a well-stocked trophy cabinet. Aston Villa haven’t added to theirs in over 20 years and yet an aura still hangs around Villa Park, a sense that this club should never have dropped out of the Premier League. It is this restlessness, shared by wealthy businessmen hungry to make a name for themselves, that explains how Villa have managed to burn through two sugar daddies in the last decade – and are onto their third.

But it’s difficult to know exactly what Villa’s latest owners are up to. Hurried attempts to bring Thierry Henry to Birmingham, first in August and again this week, suggested more of the same: get-rich-quick management in which owners are lured in by the glamour of big names, hoping to swell the club’s reputation by osmosis. But then the appointment of Dean Smith – a measured, hard-working tactician who values a gradual process – suggests Villa chairman Nassef Sawiris possesses the humility to accept that organic growth is a creeping process.

Or perhaps Smith was just the obvious candidate left once Henry and Rui Faria turned the club down. What Smith’s appointment signifies remains a mystery for now, but whatever the motivation it no doubt presents a major fork in the road for the club: either Smith will be supported and given time, ending this chaotic chapter in the club’s history, or he will clash horribly with the owners, signalling the continuation of a cycle of bored billionaires sinking into the quagmire…

Villa’s first wealthy benefactor was Randy Lerner, a business tycoon famous for grinding the Cleveland Browns into managed decline, whose initial spending spree was a noble, naïve attempt to propel Villa into the Champions League. His ten years in charge can be boiled down to two distinct phases: five years signing players like Stephen Warnock for £7million, and five years furiously trying to work out who let him green light signing players like Stephen Warnock for £7million. The era began with successive sixth-place finishes under Martin O’Neill, who spent the bulk of the money, and ended with Remi Garde and relegation, Lerner having understandably got bored and wandered off years before the inevitable happened.

Tony Xia rescued the club upon relegation and decided to gamble everything, the way only a billionaire who always gets his own way would gamble. He pumped money into the club with giddy abandon, the lack of a coherent strategy immediately obvious and perhaps best summarised by narrow-minded managerial appointments: Roberto Di Matteo won the Champions League, so he must be good (he wasn’t), and Steve Bruce had been promoted four times before, so he must know what to do (he didn’t).

Bruce, it turns out, perfectly symbolised the Xia project. For the best part of a year Villa have been directionless, the tactics non-existent as Bruce throws players onto the pitch in a random assortment, his only solution to the ensuing chaos to buy, buy, buy. Villa were apparently always just one player away from clicking into place, and yet by the end Bruce’s tactics had descended into madness, the chaos self-perpetuating until he was playing at least three right-backs at any given time. All reason had disintegrated, requests for answers falling on deaf ears. It was like the end of a Kafka novel.

And so Villa have become the archetype of how not to build a football club, their failures over the last few years a reminder that money does not generate success without a clear project that values subtlety, ingenuity and patience.

Which brings us on to Dean Smith, a lifelong Villa fan whose managerial achievements are based on gradual improvement, on a steady incline with a shoestring budget – the exact opposite of the values of Aston Villa FC. See Sheffield United for an example of how this can work.

His appointment, then, is a sliding doors moment for the club: embrace their third-choice’s approach and give him time to develop a team, or demand instant results and continue the vacuous – and doomed – cycle of buying their way to the top.

Smith has all the hallmarks of an excellent manager, his aestheticism endearing him to fans of Walsall and Brentford during successful spells at both clubs. But the obvious caveat here is that neither club remotely resembles the situation he inherits at Villa Park. Walsall, who he took from the foot of League One to play-off contention in three years, are a small club outside the spotlight. Brentford were ready-made for Smith. He enjoyed a close relationship with the owner Matthew Benham, whose focus on Moneyball-style analytic player recruitment chimed with Smith’s coaching ability. The leap to Aston Villa is so large as to render his methods at either club – from man-management skills, to dealing with the media, to meeting owners’ expectations – redundant.

Villa are a total mess by comparison – or at least they have been up until now. The appointment of a new director of football, Jesus Garcia Pitarch, should help Villa delineate roles and synchronise expectations; Pitarch’s arrival is, perhaps, a sign the club is ready to get serious about cultivating a long-term strategy. But it’s easy to talk, to hire someone like Smith and make the right noises about an authentic project. It’s another thing to look down the barrel of a fourth year in the Championship and not react by tearing up the playbook and starting again.

What Aston Villa need now is stability, is a sense of mindfulness about their place in the pyramid. Urgency or desperation should not be the driving force behind any football club and money alone will not grant them success, as the majority of the fans have long accepted.

Yet Villa have – by accident or design – just the man in Dean Smith to implement a coherent long-term strategy to return to the Premier League. The problem is, it might take a couple of years. It will most certainly require the one thing so difficult to find in football, least of all among billionaire owners or at European Cup winners: patience. How the board treat their new manager will define Sawiris’s ownership style, which in turn will define Aston Villa’s long-term place in the league structure.

Villa have already gone through three mega-rich financiers. They probably won’t get a fourth.