Home F365 Says Will Forest exit the Championship via the basement or the loft? 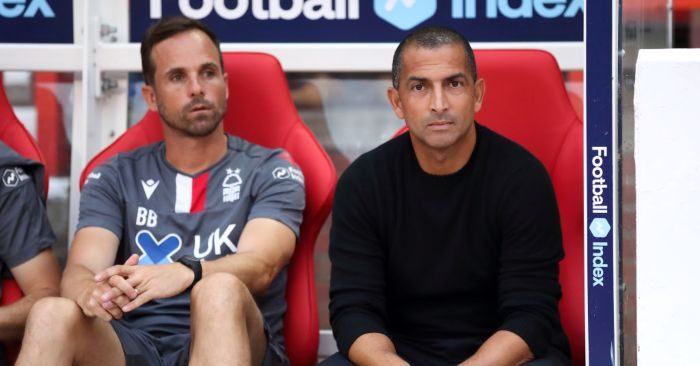 In the glory days by the River Trent, Brian Clough’s near-1,000 game tenure in charge of Nottingham Forest saw careers begin and end in the time ‘Ol’ Big Ed’ stood on the City Ground touchline. Cast yourself forward to the present day and the club is home to players borne from three, four, and even five Forest managers ago. It is the clearest indication of why the Tricky Trees will always struggle to relive those glory days.

Combatting the most bloated squad in the Championship with the loftiest of expectations is a recipe for disaster. There is quality in this side; of that there is no doubt. But just like a souped-up, supercharged turbo-diesel car with a full tank, there is an asterisk: it is always a gamble to invest in a vehicle with half a dozen owners in the last three years.

The last couple of summer windows have brought comparisons to Wolves’ promotion-winning side of 2018, but besides being Midlands-based and having Portuguese players on the books, there is little else in common between the two. The Molineux outfit have had a clear plan ever since Fosun International turned gold.

In essence, Forest have a largely excellent squad, swollen by the revolving door policy operating at a much faster pace than the lengthy – and pricey – contracts being handed out left, right, centre and most directions in between.

Saturday’s opening-day defeat to West Bromwich Albion saw a handful of players recruited this window feature alongside youth academy graduates such as Matty Cash. Thrown into that mix too are many faces brought to the club during popular former head coach Aitor Karanka’s time in Nottinghamshire, veterans in the shape of Michael Dawson, Jack Robinson and Ben Watson.

That doesn’t sound too ridiculous – and with good reason, because it isn’t. What is slightly harder to comprehend is that of more than 20 signings made over the course of last season, just three were in the starting XI at the weekend.

How does it come to be that a club with serious ambition of plying their trade in the Premier League in 12 months has recruited such an abundance of players, the majority of whom have no or little part to play within a year of their arrival?

This is what happens when your managerial policy represents a Charlie Chaplin sketch more accurately than it does clear thinking and sensible recruitment, and the glass panels don’t look safe just yet.

French manager Sabri Lamouchi is getting his first taste of English football and foolish as it is to suggest knowledge of the league can only be gained by prior experience, that is countered somewhat by the fact that the Forest hierarchy are not renowned for allowing a settling-in period.

Of the past five managers prior to Lamouchi, only Karanka has made it past half a century of games. If Lamouchi lasts as long as his predecessor – the popular City Ground figure Martin O’Neill, lest we forget – he will be out with the Christmas decorations.

Based on Saturday, that is not beyond the realms of possibility. Few of the new boys made an impression in a lacklustre, much-maligned display summed up neatly by on-loan new boy Ari Muric’s disastrous debut between the sticks. And then what? Today’s signings become tomorrow’s deadwood…again.

This cannot be allowed to continue happening should Forest seriously harbour hopes of getting out of this division through the loft. Right now, a late spring clean through the basement looks a more likely proposition.

This summer has been done on the relative cheap compared to last, perhaps fair given eight-figure winger Joao Carvalho’s lack of impact since arriving on the banks of the Trent in 2018, but odd given Forest’s lack of trouble with Financial Fair Play and this being such an open division to those outside the usual diners at the top of the table.

And therein lies the crux of the problem. It is entirely reasonable to predict that in 12 months, the likes of Yuri Ribeiro, Alfa Semedo, Albert Adomah and countless others could be in the same position under a new manager who does not want them, destined for inclusion in figurative XIs playing little to no actual football.

If Forest finally want to see the Premier League wood through the Championship trees, they need to cut out the deadwood and tie themselves to something sturdier, anything that doesn’t sway so much in the wind and will finally give them clear daylight to leave the second tier the right way.