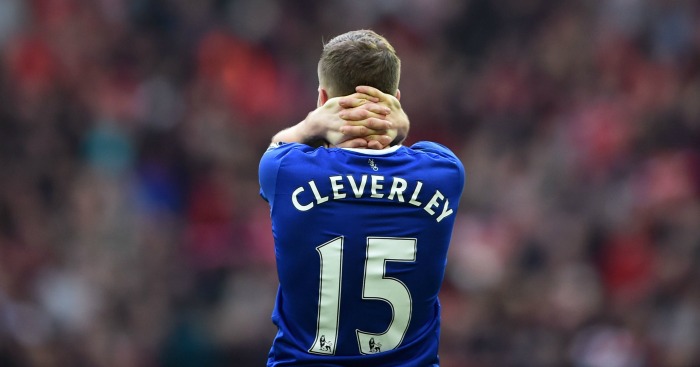 “I think you do not have a better English player. Technically, he is as good as you get. The way he executes, how he reads the game, for me he is one of the most sensational you are going to see in Premier League history. I wouldn’t sell him for any money in the current market. I want to see him go from strength to strength because I know there is so much more to come.”

Neither Roberto Martinez nor Tom Cleverley will be at Everton to mark the one-year anniversary of that quote in early February. Less than a year after one manager labelled him priceless, another deemed him surplus to requirements and rubber-stamped a loan away from the club. Presumably, Ronald Koeman did not consider Cleverley to be either a) sensational or b) the most technical impressive English footballer; he has probably seen Adam Lallana play, or several others for that matter.

Martinez is not alone in believing he has seen something in Cleverley that the rest of us have missed; Roy Hodgson chose him as his England No. 10 at the start of the 2012/13 season and described him as “an attacking midfield player in the same way Cesc Fabregas is”, a claim which now seems ludicrous as Cleverley heads to Watford on loan for the second time in his career. At 20, he was a promising youngster on the cusp of breaking through at Manchester United; at 27, he should be at his peak and yet most of us still have no clue whether he is any good at all.

Cleverley has started just 113 Premier League games in seven seasons in the top flight, one campaign with a woeful Villa the anomaly in a series of bit-part roles. England’s former No. 10 and potential homegrown Fabregas has scored just 11 goals, which makes it doubly amusing that then-Aston Villa manager Tim Sherwood predicted he would score ten goals every season if he joined him in the Midlands on a permanent basis. Oddly, he was not tempted.

When the list of managers showering you with superlatives includes Martinez, Hodgson and Sherwood, it’s tempting to think Cleverley’s sheen is fools’ gold, but this is the player described by Sir Alex Ferguson as “probably the best midfield player in Britain, potentially”. There are enough caveats in that sentence to suggest doubt on Ferguson’s part, but the message was clear: This kid’s special. And yet, you will struggle to find a football fan who now sees Cleverley as anything other than a joke figure. Some will laugh and splutter the words ‘Xavi’ or ‘Iniesta’; others will chuckle as they remember the TC23 brand; most will just ask ‘but what does he do?’

And that’s essentially the problem we have with judging Cleverley. He admitted as much himself in 2014 when he said in a far-reaching interview: “My job goes under the radar at times. I am not a player who’s going to beat three or four people and stick it in the top corner or go round tackling people like Roy Keane.” When you defend yourself with a list of things that you can’t do, the battle is probably already lost.

What Cleverley clearly needs now is a settled position, and perhaps that is what Watford have offered. Even at Everton last season, he played as a deep-lying midfielder, a No. 10, the left side of a midfield three and as a left-sided attacker. His ever-changing position skews his statistics, but they hint at what our eyes have consistently told us – he has no USP. Like a budget Jack Wilshere, Cleverley has lovely feet and vision but we are left wanting more, something measurable. Nine Premier League assists in seven seasons is woeful from anybody who has ever been mentioned in the same breath as Cesc Fabregas.

“It’s important when you are young to play in a couple of different positions. It helps you get into starting elevens and he can do that,” said Steven Gerrard in 2012. What was an asset at 23 is a curse at 27. For Cleverley’s sake, we can only hope Watford have a clearly defined role in mind for the best English player of his generation.