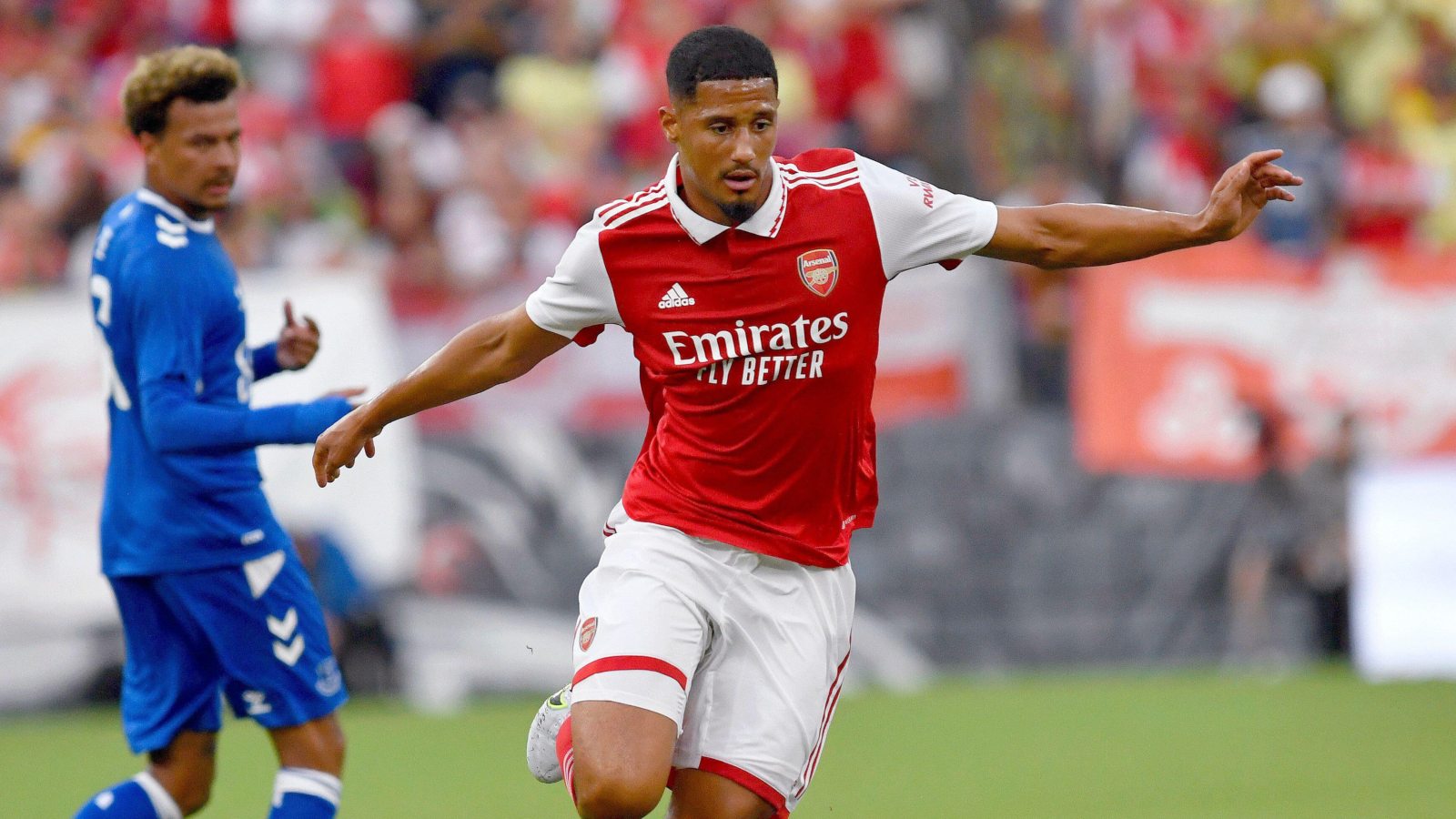 Living in the north, we largely have to judge Arsenal fans on what we see on Twitter. And that leaves us with the impression that Arsenal fans are fickle, prone to extremes of giddiness and glumness, argumentative and entirely split on whether Mikel Arteta and his process should be trusted or eyed with the kind of cynicism that should be reserved for conspiracy theories involving masts and potatoes.

Oh and for the past three years they have been obsessed with William Saliba.

Last season saw those in the #Artetaout camp armed with heavy French artillery as Saliba thrived at Marseille, with every man-of-the-match performance a hand grenade tossed and every French call-up a missile launched in the direction of north London.

Saliba being named Ligue Un Young Player of the Year on the same day that Arsenal threw away fourth with abject defeat at Newcastle United was simply delicious. Some ‘fans’ revelled in the juxtaposition.

But after Saliba cruised through another pre-season victory in Orlando in the early hours of Thursday morning, Arteta smiled when he was asked about the Frenchman: “We always have a plan, and when we have to execute, that’s a different story. And football is a really funny game, but we are really happy to have him.”

Few will believe that the ‘plan’ was always to put a £27m signing through the humiliation of playing with the youth team before sending him on his second and third loans back to France, but whether this was a ‘plan’ or merely a happy accident, the biggest weapon used against the idea of Arteta as an elite manager over the last 18 months is on the verge of becoming his greatest triumph.

Football is a really funny game indeed and a blind spot has become a blinding decision.

“If he had stayed with us this year, with a match of Premier League a week, with Ben White and Gabriel, he wouldn’t have had half the playing time he had with Marseille, that’s for sure,” is an argument that makes a degree of sense, though it might have carried more weight had it been made last summer rather than this one, when the benefit of hindsight makes it look like a masterstroke.

But those quibbles and questions will be forgotten in time if Saliba is as good as Arsenal Twitter would have you believe; whether he becomes a first-team stalwart or a first £50m sale for Arsenal, history will show that Arteta and Edu matured him in France like a fine cheese.

The clues were there in Orlando about how Arteta will now make space for Saliba, with White playing the second half at right-back. It’s hardly a new concept; White started three Premier League games there last season – including a 4-2 win over Chelsea – and was unbeaten.

That would allow Arteta to play all three of his best centre-halves, with Kieran Tierney or Oleksandr Zinchenko coming in at left-back to make a really quite impressive back four.

The only thing that has changed on Arsenal Twitter is that they are now cooing over Saliba in an Arsenal shirt. Some will say that he has thrived in spite of Arteta but an increasing number will laud the Arsenal manager for taking a long-armed approach to his development and emerging with a 21-year-old defender with maturity and composure beyond his years.

It’s only taken three loans and about three million tweets.