Right now, Willian to Arsenal is being obscured by some very difficult numbers... 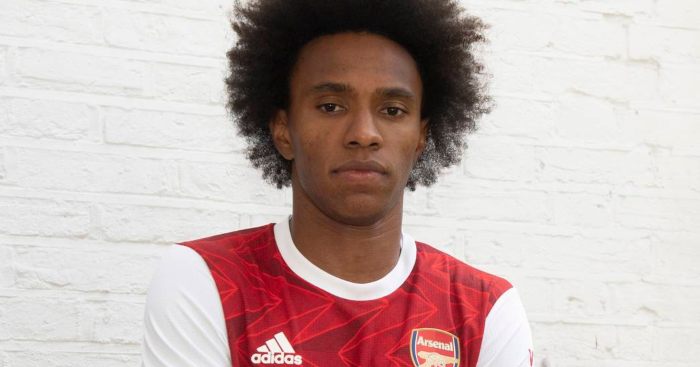 On that bare basis, signing Willian on a free transfer can be filed with aplomb under ‘no-brainer’. Willian provides creativity, provides width, provides quickness of feet and mind in small spaces, provides hard work, provides goals. It all makes sense until you talk four numbers.

The first and second are inter-linked. There would be no problem in offering a 29-year-old Willian a three-year contract. But 32? That sounds ridiculous. Except Chelsea made repeated offers of a two-year contract, so what’s in a year? Especially when Willian has literally just turned 32; this contract will not see him playing for Arsenal at the age of 35 unless there is a) another pandemic or b) he merits another contract.

You might also argue that there is no evidence of Willian slowing down. He has just scored and assisted more Premier League goals that an any point during his long Chelsea career; his productivity is actually way in advance of his first title-winning season of 2014/15. Whether he will still be performing at those levels in three years’ time is questionable, but age is far less a factor in 2020 than it was in 1990. Just ask Ronaldo. And should Willian help Arsenal back into the Champions League over the next two years, nobody will ask about his contributions in that final, farewell season of his contract.

And so to the details of that contract. It seems there will never become a point where we do not collectively throw our hands in the air and tut about footballers’ wages, particularly when they are out of contract. That figure of £220,000 a week is ‘astonishing’ but it’s also a little misleading, including as it does a signing-on fee, loyalty payments and ‘other bonuses’. That only translates to an ‘astonishing’ £220,000 a week if he earns those bonuses, which will mean that he is successful. His basic wage is actually lower than his basic wage at Chelsea.

Had the deal been concluded last week, had Arsenal matched his Chelsea wages over the next two years and had they paid £15m for a 31-year-old of his pedigree, the total outlay on his signing would have been very similar. And it would have all sounded perfectly reasonable. In fact, it would have sounded like an excellent deal. But a full 25 years after Bosman, we still struggle with the idea of those transfer fees being passed on to the footballers themselves. See the demonising of Alexis Sanchez for further evidence.

The final number is the most difficult to explain. It is undeniable that there is a certain vulgarity in spending large amounts of money on a footballer so soon after Arsenal announced their intention to make 55 people redundant. In short, it looks like a c***’s trick. But it is exactly the same c***’s trick that hundreds of companies will be recreating in other sectors across the country. It’s called capitalism. Should Arsenal have waited before announcing an expensive transfer? Possibly. But how long is long enough? Should they have not signed anybody all summer in honour of those 55 people who lost their jobs?

It’s certainly the hardest number to dismiss right now – it feels too neat that those 55 people exit just as one expensive man enters – but the uncomfortable truth is that barely anyone will remember that number if Willian reproduces his last Chelsea season in his first at Arsenal.