"He had Barcelona, he had Tottenham, he had Man Utd, he had Newcastle." Yet Willian Jose still didn't move. 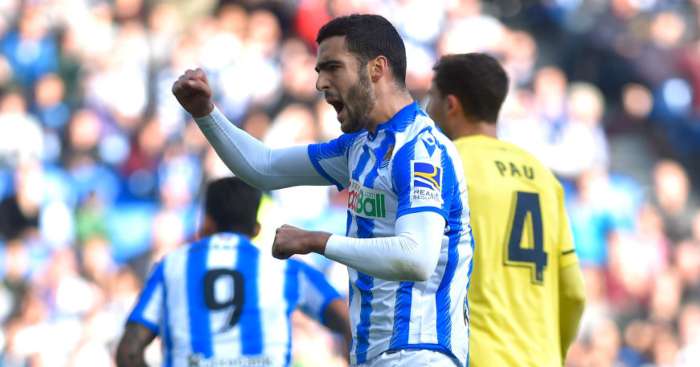 Tottenham were heavily linked with a £25m move for Real Sociedad forward Jose during the winter transfer window.

Daniel Levy was uncharacteristically £11m short of the asking price, while Man Utd explored a possible loan deal before bringing in Odion Ighalo.

“So I tell everyone, just in this January market, he had – that’s official, alright, Jorge? – he had Barcelona, he had Tottenham, he had Manchester United, he had Newcastle.

“Then, just there, again, he speaks for himself.

“Tottenham. They got to offer between…they wanted to offer a player and an amount, so it was about €30m [£26m].”

Man Utd might have since turned their attentions to a world-record move for Harry Kane, while Spurs have been linked with defenders and midfielders more than strikers.

Recent reports suggested that Dayot Upamecano and Geoffrey Kondogbia were on Jose Mourinho’s transfer shortlist ahead of an uncertain summer market.