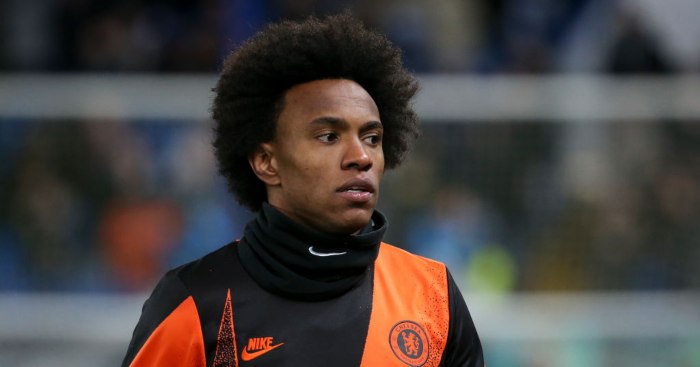 Willian says Chelsea’s latest contract offer fell short of his demands as he wanted to stay at Stamford Bridge for three more years.

The Brazilian has played over 300 times for Chelsea since joining the club in 2013 from Anzhi Makhachkala, scoring 57 goals in all competitions.

The 31-year-old had to settle for substitute appearances in Chelsea’s most recent matches against Tottenham and Bayern but he’s still managed 34 appearances this term, including 20 Premier League starts.

Willian becomes a free agent this summer and is yet to agree a new deal at Stamford Bridge with Chelsea apparently only prepared to give him a two-year extension.

“It’s a difficult situation because Chelsea offered me two years and they are not going to change what they offered. I said I wanted three more years,” Willian told Esporte Interativo.

“The situation is difficult because of this. I really don’t know if it will be possible [to stay]. My goal is to continue working and focus on the remainder of the season, so that Chelsea can continue winning games.

“I have a clear head and focused for the rest of the season that we have left.

“I think it’s difficult [to stay]. Let’s see what happens”