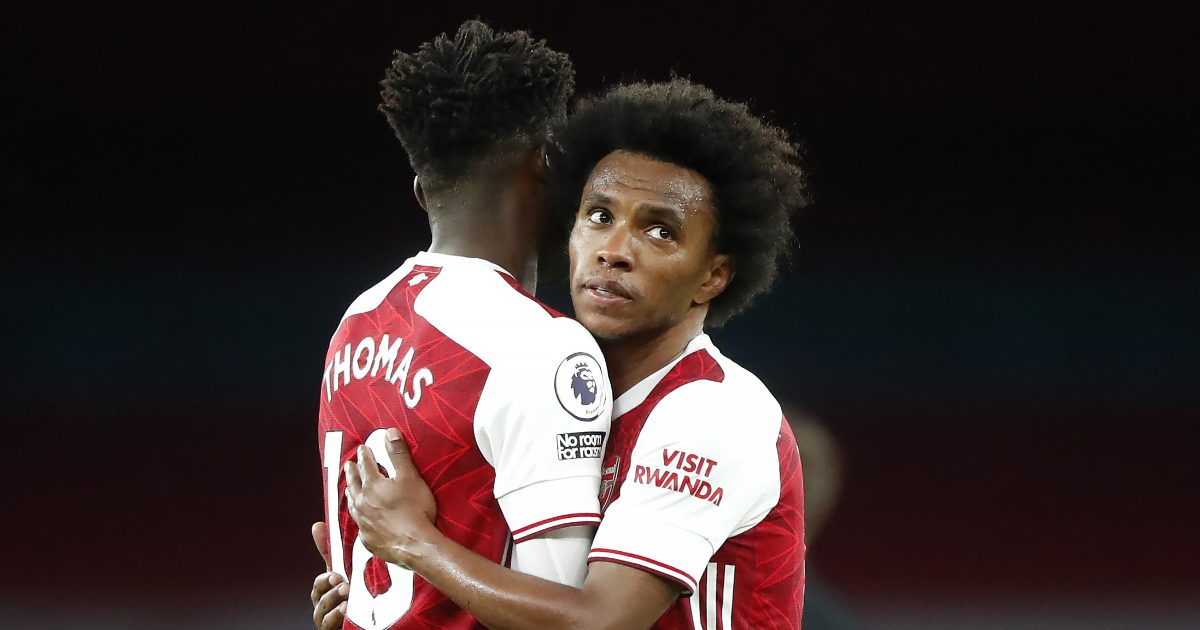 Willian has spoken out on his Arsenal exit as he has revealed that he wanted to leave just three months after he joined from Chelsea.

The Brazillian spent seven years at Chelsea between 2013 and 2020. He lifted the Premier League on two occasions with the Blues. He also won the FA Cup, Carabao Cup and Europa League.

Willian joined Arsenal ahead of the 2020/21 campaign on a free transfer.

Premier League winners and losers – and some who fit both

The winger had a poor season last term as he only scored once from his 37 appearances across all competitions.

He penned a three-year deal when he joined the Gunners. But his spell was cut short as his contract was terminated in August.

Willian subsequently joined Brazillian side Corinthians on a free transfer. He has suggested that he “gave up” big money to leave Arsenal:

“I wasn’t happy. That’s why I didn’t perform. I don’t want to go into the details,” Willian stated via Rio Ferdinand’s YouTube channel Five.

“When I arrived there I was happy, from the beginning I was motivated, I wanted to do well – new club, new mates, new project.

“But after three months, I said to my agent: ‘Please, I want to go’. I don’t want to speak bad about the club, because it is a big club. Arsenal has a big history.

“In football, big players played there before as well. But it didn’t work, it didn’t work. It was, of course, the most difficult time of my career.

“It was big money that I gave up. But sometimes money is not the most important thing in life. I think you need to be happy, get pleasure every day waking up in the morning to go to train. I wasn’t having that.

“So I said to myself, with my family, I cannot stay here, I am not happy here. I have to leave, find a way out, leave the club, because if I stay I am going to stay the same. For me, it’s unfair to stay in a place that you don’t want to stay just because of the money. For me, it was that.”

When asked why he initially opted to sign for Arsenal, Willian added: “It was difficult to decide, because I wanted to stay at Chelsea.

“At the end of the season, I decided to join Arsenal and also because before we had conversations with Edu and Mikel [Arteta] as well. They showed me a good project, they showed me a lot of good stuff that they want to do. It was because of that.