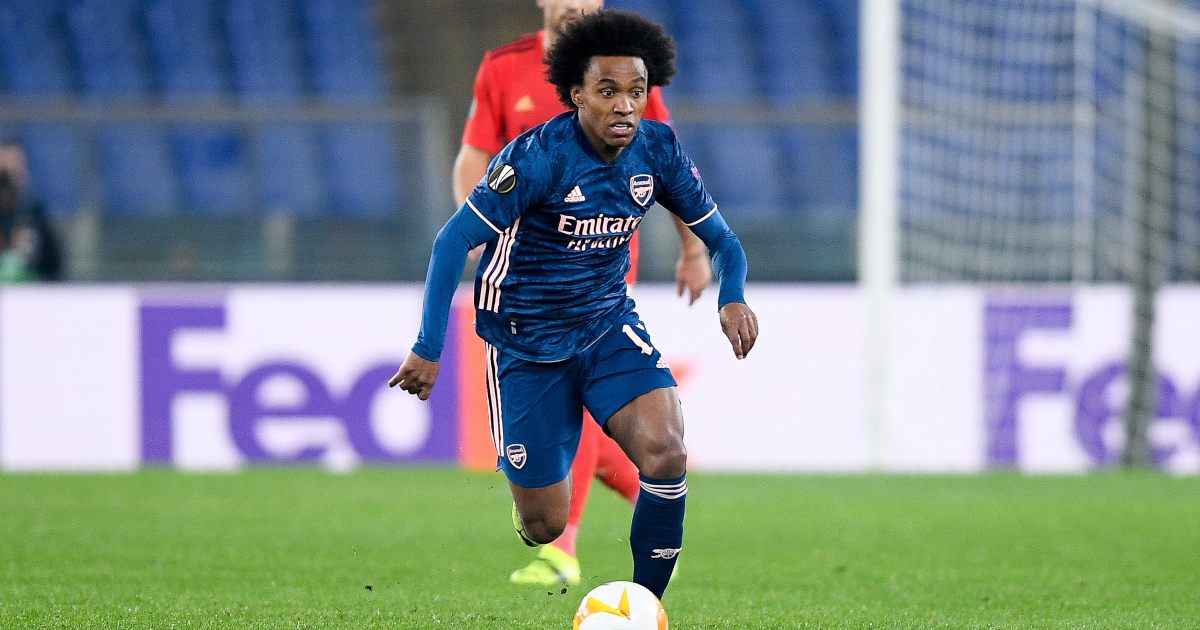 Willian says he “really wanted to stay” at Chelsea before Mikel Arteta and Edu convinced him a move to Arsenal would be right for him.

The Brazilian swapped west London for north London in the summer when the Gunners snapped him up on a free transfer after his contract at Stamford Bridge expired.

Willian’s time at Arsenal got off to the best possible start when he got two assists in a man-of-the-match performance against Fulham on the opening day of the Premier League season.

FEATURE: Silence is golden: the top ten moments without fans so far

But he’s only managed two more goal contributions in the other 25 matches that he’s played for the Gunners this campaign, coming under heavy criticism at times.

The 32-year-old scored nine goals and helped his team-mates with seven assists in the Premier League for Chelsea last term and admits it was “difficult” to leave the Blues for Arsenal.

“It was difficult to make that decision, it wasn’t easy,” Willian told UOL. “Because, as you said, the rivalry between the two clubs is very big. It wasn’t an easy decision to leave Chelsea for Arsenal. It was well thought out, a thoughtful decision, talking to my wife and even the agent many times.

“And one of the things that made me decide to go to Arsenal was really the various conversations I had with Mikel Arteta, with Edu too. They convinced me to go there that it’d be a really cool project, that it’d be really good for me to be able to go there.

“That I’d be a very important player in the squad. That they wanted to change the philosophy of the club, to make it possible for Arsenal to fight again in the Premier League, to play in the Champions League again.

“Look, I think some fans asked this question. But the majority understood because I didn’t leave the club with a fight, I left the doors open. Everyone knew the conditions, I really wanted to stay.

“We ended up not finding an agreement, I ended up asking for three years, Chelsea wanted to give two, and everyone knows this story. That’s why I ended up leaving.”