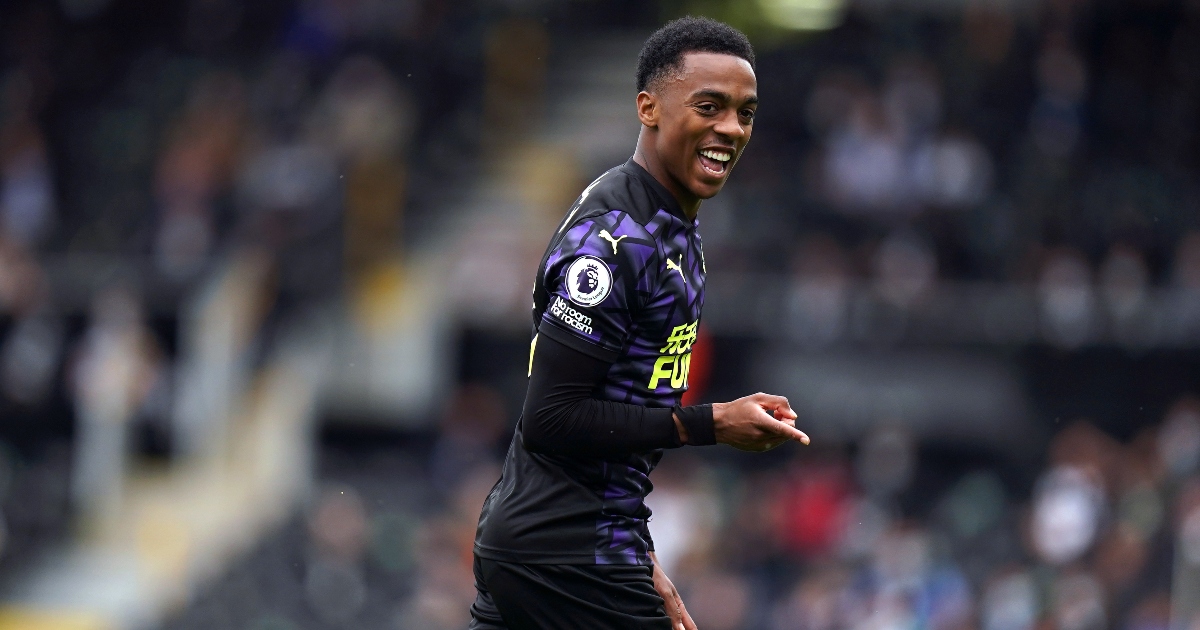 Joe Willock looks set to move to Newcastle after a breakthrough in talks with Arsenal means he’s expected to head to the north-east for a medical.

A deal is in place in principle after lengthy talks which began after the Magpies agreed a fee in the region of £25million with Arsenal over the weekend, with Willock expected to sign a six-year contract.

Club officials will now attempt to push the transfer through ahead of Friday’s noon deadline to allow the 21-year-old to be available for Sunday’s Premier League opener against West Ham.

A successful conclusion would bring an end to a lengthy pursuit of a man who impressed during a loan spell at St James’ Park last season and whose future has been a topic of debate for much of the summer.

Asked about the situation at his pre-match press conference on Thursday, Gunners boss Mikel Arteta said: “The situation is that he is our player. We had some conversations. It is not only about what we want to do.

“What he has done is put himself in a strong position where he can choose what his future could look like. That is what we’re trying to define right now.”

Pressed on whether he thinks Willock will be at Arsenal come the end of the transfer window, Arteta said: “I do not know.”

Newcastle head coach Steve Bruce has made little secret of his desire to bring the midfielder back to Tyneside and finally kick-start a summer recruitment drive which to date has proved frustrating.

Just days before the start of the new campaign, Newcastle are yet to make a single signing, while the likes of Yoshinori Muto and Florian Lejeune have left the club.

Willock arrived at St James’ on a temporary deal at the end of the winter transfer window as Bruce looked for added firepower from midfield, and he made a stunning impact.

He scored on his debut in a dramatic 3-2 win against Southampton in which Newcastle played the final 18 minutes with nine men, and then found the back of the net seven times in his last seven appearances to help ease the Magpies to top-flight safety.

His exploits understandably won him a place in the affections of Bruce, his team-mates and the Toon Army, and securing his return has been a priority.

However, the ongoing takeover saga – owner Mike Ashley appears to be no closer to offloading the club than he was when the Amanda Staveley-led consortium formally withdrew its offer despite a lengthy and costly legal battle – has complicated matters.

Ashley appeared to be unwilling to sanction significant expenditure while the possibility of a sale persisted and another loan move seemed the most likely avenue.

Events since – the sportswear magnate’s arbitration case, one of two legal routes he is pursuing, with the Premier League has been delayed until 2022 – have prompted a rethink and a relaxation of the purse strings in a bid to fend off the spectre of another relegation fight.

Despite his contribution at Newcastle last season, Willock did not appear to have a lengthy list of alternative suitors, but he could have chosen to remain at the Emirates Stadium and his imminent arrival, pending any late snags, will come as a relief to Bruce.