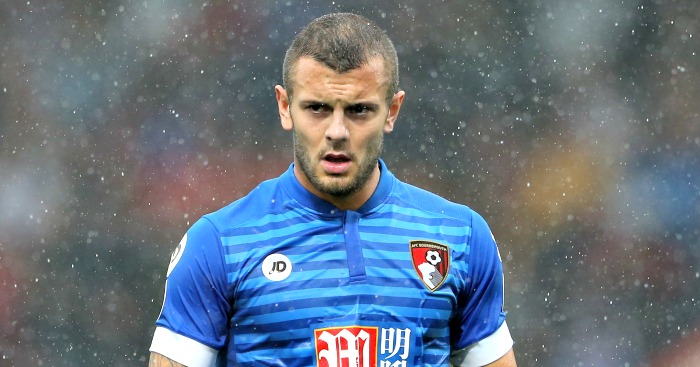 Jack Wilshere has already taken Bournemouth to a new level, according to manager Eddie Howe.

Bournemouth completed one of the most shocking and impressive signings of this summer’s Deadline Day, securing the services of midfielder Wilshere on a season-long loan.

The England international was expected to find first-team opportunities at Arsenal limited this season, and so was tasked with looking elsewhere for a temporary club.

Bournemouth beat Crystal Palace, Roma, AC Milan and many more clubs to his signature, and Howe believes he has already lifted the Cherries’ game.

“I hoped the signing and the high profile nature of the signing will give the lads that confidence that having a player like Jack Wilshere in your squad can give,” said the manager.

“I have seen a difference in our players and certainly standing next to them in the tunnel with the team can only inspire belief and confidence in the group.

“We saw the potential of the team with him in it and there will hopefully be some exciting times ahead and he can provide that link between our midfield and attack which we desperately need,” he continued.

“He has a creative eye, which anyone who has seen Arsenal down the years will know how good he is with his decision making in those areas.

“I don’t think there is any doubting his quality. If we can get enough ball in dangerous positions he will certainly hurt teams.”