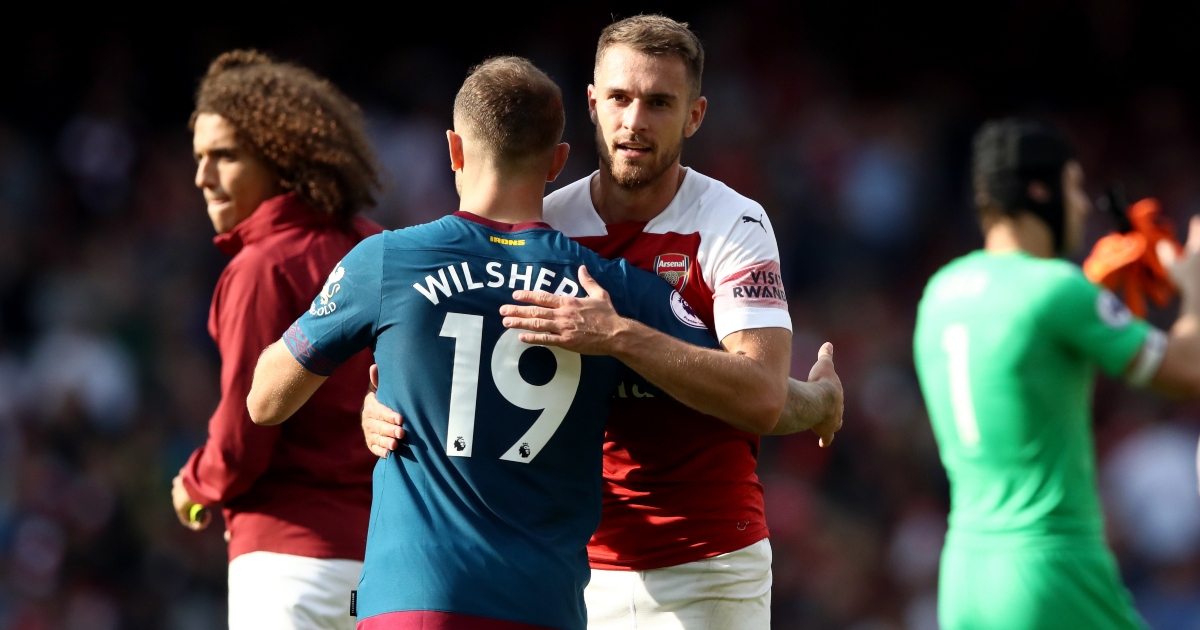 Ramsey has been linked with numerous clubs with his future in Turin cast in doubt. He will likely be able to leave for free in January if a suitor is willing to meet his wage demands.

Newcastle and Everton are two Premier League outfits linked with the Wales international, who reportedly earns £400,000 per week at Juve.

The Magpies are currently 19th in the league table, three points from safety, with Manchester City and Manchester United the next two opponents for Eddie Howe’s men.

They will be willing to splash the cash in January to ensure their top-flight status, especially with their new Saudi owners at the helm.

Wilshere insists Ramsey would be “great” for Newcastle, whilst claiming the Welshman would be happy to return to England.

What a servant Aaron Ramsey was for the Arsenal ❤pic.twitter.com/13RcvmjkPj

Wilshere’s opinion was not shared by Darren Bent, who is sceptical of Ramsey’s injury record.

He said: “Listen, I think he’s got great pedigree when he plays for Wales. As Jack said, he’s not played much football over the last few years.

“The last time he played 30 games in a season was back when he was at Arsenal in 2015/16, league appearances that is.”

He said on Friday morning: “I don’t think we want half the games played and half not played.

“The league really loses something if it becomes disjointed in terms of games played. When you start losing players to Covid then the worry is the competition becomes slightly unfair and I don’t think anyone wants to see that.

“A decision needs to be made to ensure integrity is maintained in the competition. I think it is on a knife-edge.”