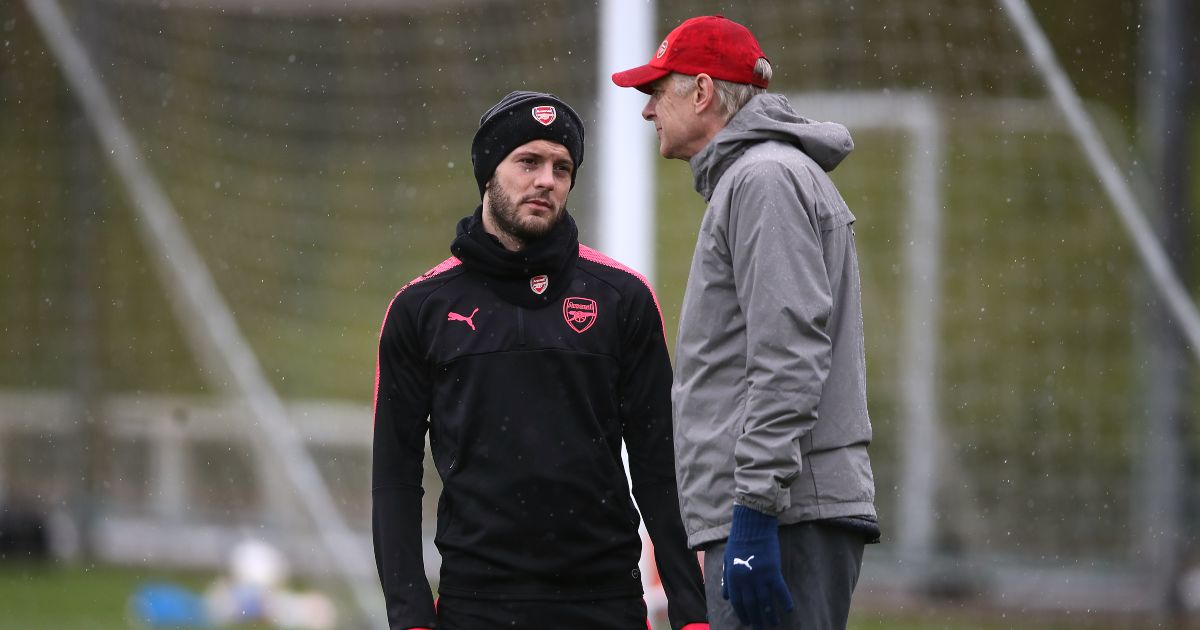 Jack Wilshere has joked that Arsene Wenger could sign him if he replaced Steve Bruce as Newcastle United manager.

The Magpies confirmed in a statement on Friday that Bruce would be in charge of their match on Sunday against Tottenham, which will mark his 1000th match as a manager.

That scenario has looked more and more likely as the week has gone on with the club’s new owners vowing to take their time over any major decisions.

A number of managers have been linked with Bruce’s job, including Graham Potter, Brendan Rodgers, Antonio Conte and Frank Lampard, with the feeling the former Manchester United defender will lose his job sooner rather than later.

Newcastle are currently marooned in the relegation zone after failing to win any of their opening seven Premier League matches of the season.

When asked if his former boss at Arsenal, Wenger, would be a good short-term choice at Newcastle, Wilshere was unsure.

“That’s the first I’ve heard of that, but yeah 100%,” Wilshere told talkSPORT. “I’m not sure if he’s the right man to have a relegation battle and keep them up.

“He would get them playing good football. He’d maybe want to recruit some players, maybe me! He’s a great manager, but at the top of the league.”

👏 “I owe him pretty much everything.”

🙌 “He gave me my opportunity, managed my career, and always stuck with me!”

Jack Wilshere outlines how special Arsene Wenger is as a manager and a mentor. 🇫🇷 pic.twitter.com/T4EAHe4X3V

Speaking in another interview with PA, Wilshere claimed that Arsenal will miss Granit Xhaka now he’s out for a few months injured.

Wilshere said: “Granit is someone I played with in my last few years at the club. He was always a good team-mate, a good team player. He obviously has his difficulties with the fans but that is just the type of character he is.

“He is a passionate character, he wants to do well, he is driven and wants to be the best he can be and I think the fans are starting to see that now.”

Wilshere added: “The last game against Brighton, I think Arsenal really missed him.

“They missed his quality to put the foot on the ball and start attacks. He is the best player in the current squad at doing that so they need to work out a way to play without him there.

“He is injured and they are going to be without him for a few months – I think they will definitely miss him.”