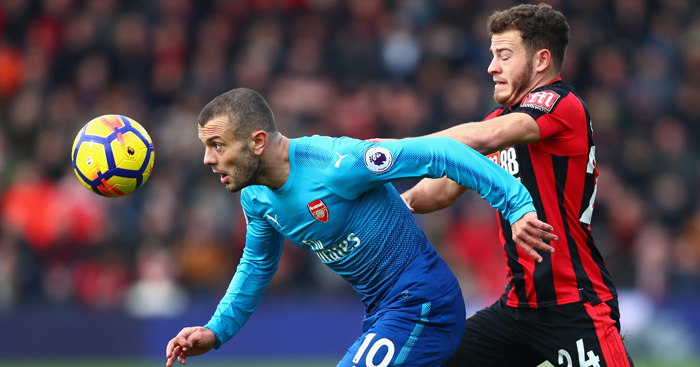 Jack Wilshere has been offered a new contract by Arsenal but he will have to take a pay cut.

The deal will reportedly include various add-ons based on appearances and success, with Arsenal putting the emphasis on Wilshere actually playing football; he has not played 30-plus Premier League games since 2009/10.

Wilshere was described by Gary Neville on Monday night as “best English midfield player by a street”.

“The problem with Jack Wilshere is his fitness and his injuries and his reliability. If you had him playing every week he is a wonderful, wonderful player. He has a great attitude, he trains well and he has got fantastic ability.”